Did the Baby killers just get spanked?

It sounds to me like you are a person with no skills or drive to learn a skill and you are just jealous(to the point of hate)of people who do have skills and drive.

GodblessKy said:
You guys want to hold the moral high ground on abortion but don't want the responsibility to take care of these babies once they are born. You cant have it both ways.
Click to expand...

Don’t start this antiquated 17 year old HS liberal girl talking point again. And as far as treating the pro life as some archaic domination bestowed on women by men, just take note that close to 50% of women are pro life. More don’t believe in aborting the viable. They have the right to voice their opinion on protecting the unborn because of our advanced society.

Abe once said that “ if slavery is not wrong, nothing is wrong.” Protecting the viable unborn is just the natural movement of human rights in a 1st world, modern, understanding, and advanced world. To use modern medicine and technology to view developing humans in the womb sheds light in the question of inalienable rights. For some of the lampshade types, we’ll they thought others were swine and disposable. So if killing a viable human at any stage is not wrong, then nothing is wrong, bud.

Regulator623 said:
Have you ever owned a business?
Click to expand...

That moron’s responses are all you need to know. Screams mooch.

nothing like they are now and no reason for them to when the stigma of a non married woman getting pregnant is no .longer a thing . Plus there are all kinds of people wanting to adopt.
G

yote hunter said:
nothing like they are now and no reason for them to when the stigma of a non married woman getting pregnant is no .longer a thing . Plus there are all kinds of people wanting to adopt.
Click to expand...

What if the woman doesn't want to carry it? Why should they listen to a bunch of guys telling them to keep it?
R

Have you noticed who the billionaires are now...I'm guessing at least 80% are democrat voting left wingers.
Last edited: May 20, 2022

Then she shouldn't get pregnant. That is her choice, unless she was raped.
T

Accept the consequence of her actions
R

Catholic church tells Pelosi to go to Hell over her abortion stance....didn't see that coming. 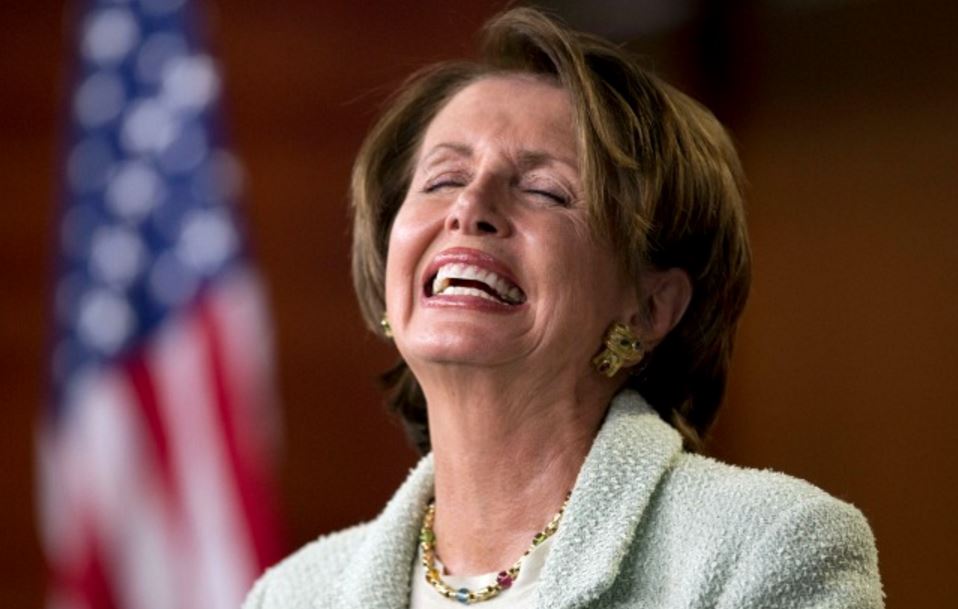 GodblessKy said:
I dont have sympathy for the ultra rich. Maybe thats where I differ from most of you. I have sympathy for my neighbors and community and the 25% of women who have abortions and have to listen to men who dont have a clue and just want to have moral authority and want to tell women what to do with their bodies. This is just a big difference among us, fortunately I am in the majority of Americans. Since this forum is dominated by conservative men, it doesn't surprise me that you are scared of women having their own choices over their bodies. Illegal abortions exist in Radical countries, not civilized ones- don't believe me, look it up. It exist in countries where the men are scare of the women in their society.
Click to expand...

Radical countries? Like Bill says, you guys do a LOT of projecting on issues like Roe v Wade... and are especially prone to over estimate your herd size. You are NOT the majority.

That will make her take another drink. Wonder what she will say when a reporter asks her about it. Hell, that probably won't happen

GodblessKy said:
Workers contribute a lot to society. The reason we have clean streets without trash and utilities and a whole host of other societal benefits is because of people working. You imagine if there were no janitors? The trade off is that these laborers keep society going and its only fair that collectively we all assure that these people dont end up homeless when they get sick or dont go broke when they have a child.
Click to expand...

My dad grew up in a four room house with 10 kids. No running water or in door plumbing until they were all grown. They were pretty poor but my grandma managed to not kill any babies. He told me on good days he took buttermilk and cornbread to school to eat. Somehow they made it.

Throughout history people made it without social programs. Out of the thousands of years or millions, depending on your beliefs, only the last hundred or so did a government start giving people stuff. Mankind still thrived.

What if a man wants to go around shooting leftist? Why should they listen to leftists telling them not to? It's their bullets'.
Both the leftists and the unborn are human life who are you to draw a magical line to decide who lives and who dies.

barney said:
Radical countries? Like Bill says, you guys do a LOT of projecting on issues like Roe v Wade... and are especially prone to over estimate your herd size. You are NOT the majority.
Click to expand...

GBK, you’ve probably already recognized that the above is a huge misconception on this site. They truly believe their radical right wing beliefs are the majority opinions nationwide.

They also avoid reality like the plague, especially science, in favor of sources like FOX, twitter, the Bible and even tic-toc, etc. as actual sources to back up their twisted world views.

Also, they have a real stiffy for a glorified past of the good ole days that never were, which causes them to poo-poo any changes seen as progress, especially green energy.

… and one final observation … if you challenge them on any of their far right foolishness, they will double down on the crazy, especially if your position is backed up by actual fact.

“....backed up by actual fact”. Such as? Lmao again, as usual only parroting GENERAL far left (READ: DNC) talking points with not one actual example of anything, just more ad hominem bullshit. It’s as stupid as “orange man bad”. The thing about social media is it gives retards, like you, a platform to spew others’ talking points they’ve indoctrinated your weak mind with.
Last edited: May 21, 2022
You must log in or register to reply here.
Share:
Facebook Twitter Reddit Pinterest Tumblr WhatsApp Email Share Link