My lovely couple flew in moments ago, at precisely 11:48AM, calling all the while. I had the pleasure of seeing one turn back low and to the south at the far northern end of the pond for landing, after having come in from the southeast. Such a pretty, welcome sight to see! 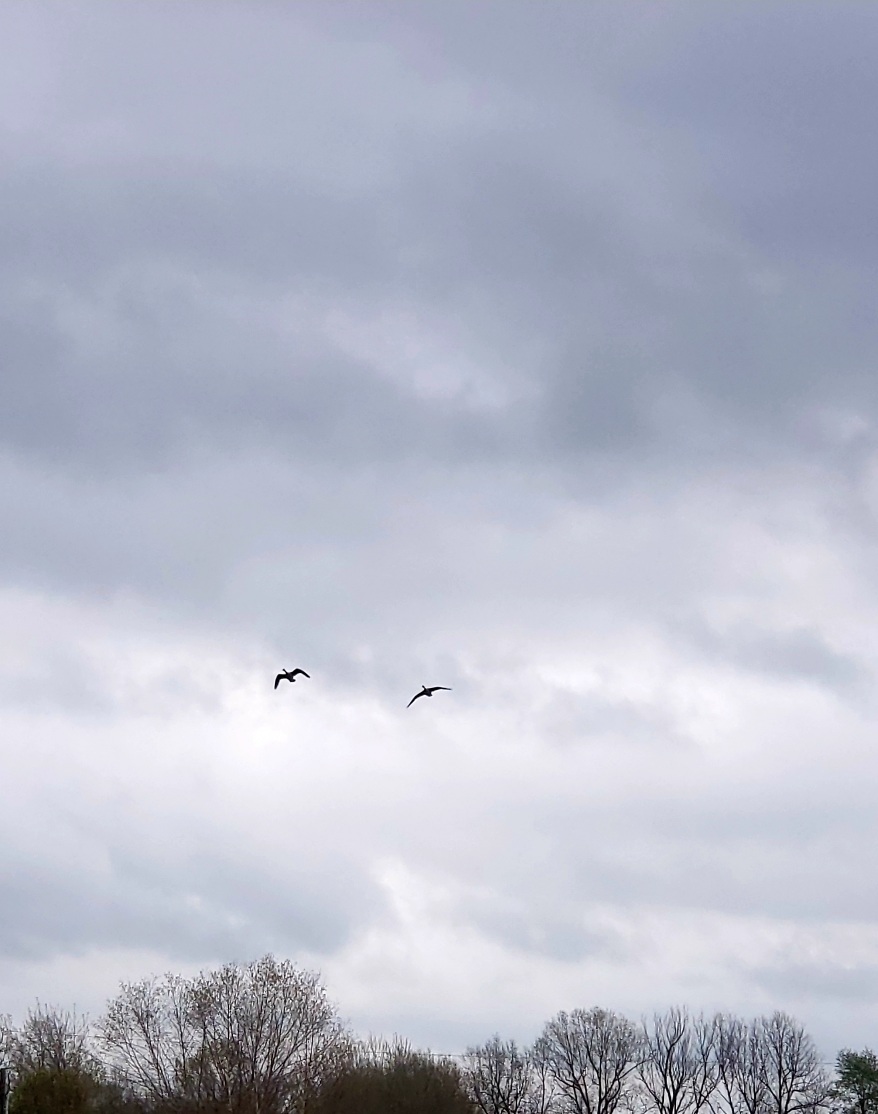 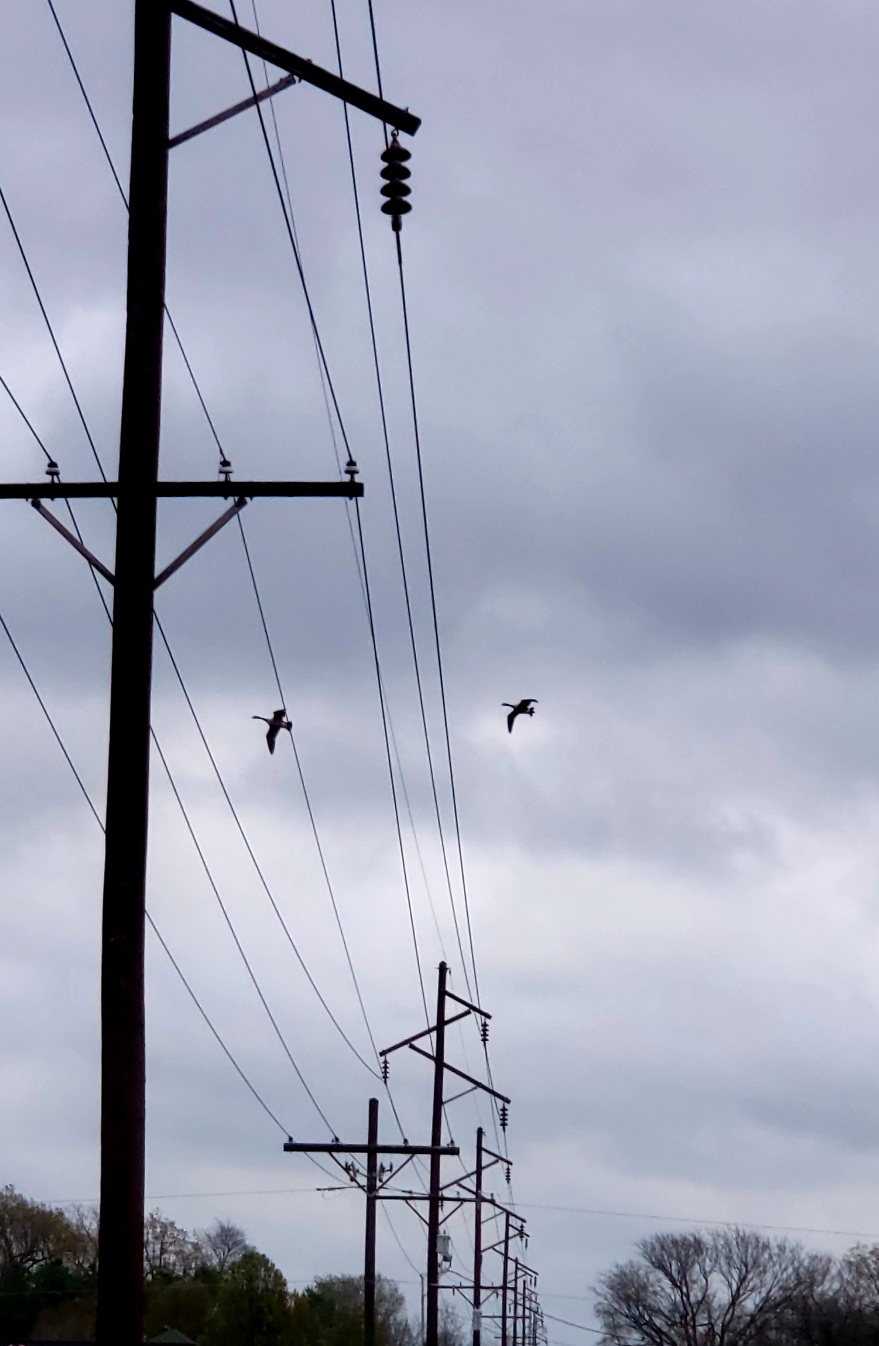 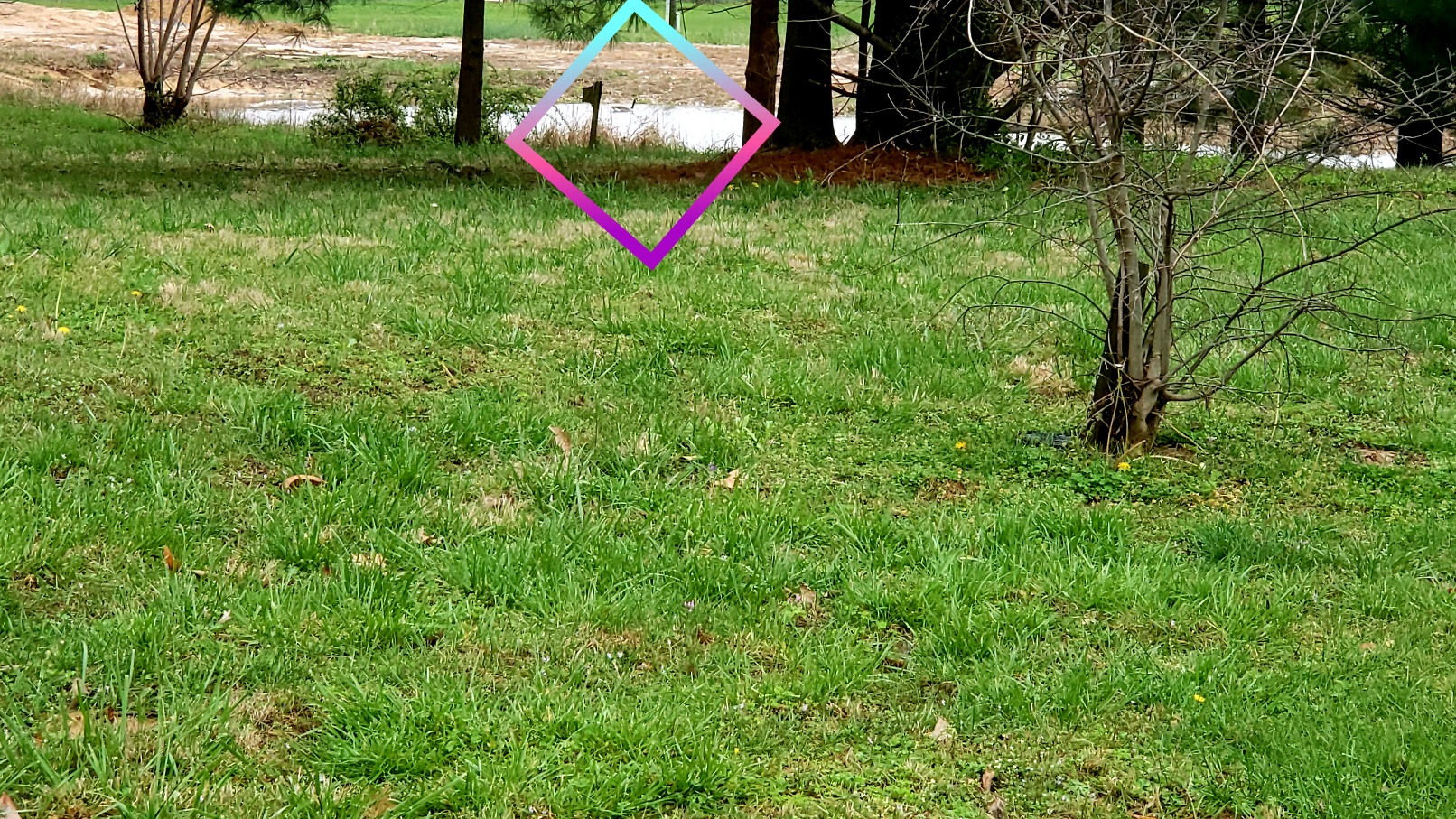 My beasts and I had just returned from there, searching for them. We were out on the street chatting with the old honorary Kentucky Colonel, while he tended to his lampost vinning flowers across the road. I announced the pending bluebirds to him and also got to inform him of the lovely geese having been recently visiting, making a point of doing so just prior to today's arrival, being how he and another neighbor were the ones fussing about the new pond, at my father's funeral viewing of all things. I shut that dialogue down, then, with a quickness, elaborating to all how very much my father would have simply loved the pond filled with geese. I just mentioned such to him once again, pointing them out to him. Ha!

The geese were flying like mad yesterday, in every direction, too much so to bother with documenting here.

Hahaha! Three more just came in and landed, but they unfortunately frightened off my more docile, lovely couple for reasons unknown, which were nested down and simply sunny themselves upon the far bank.

That was fun to watch! Two circles they made, before coming in to land and honking all the while! 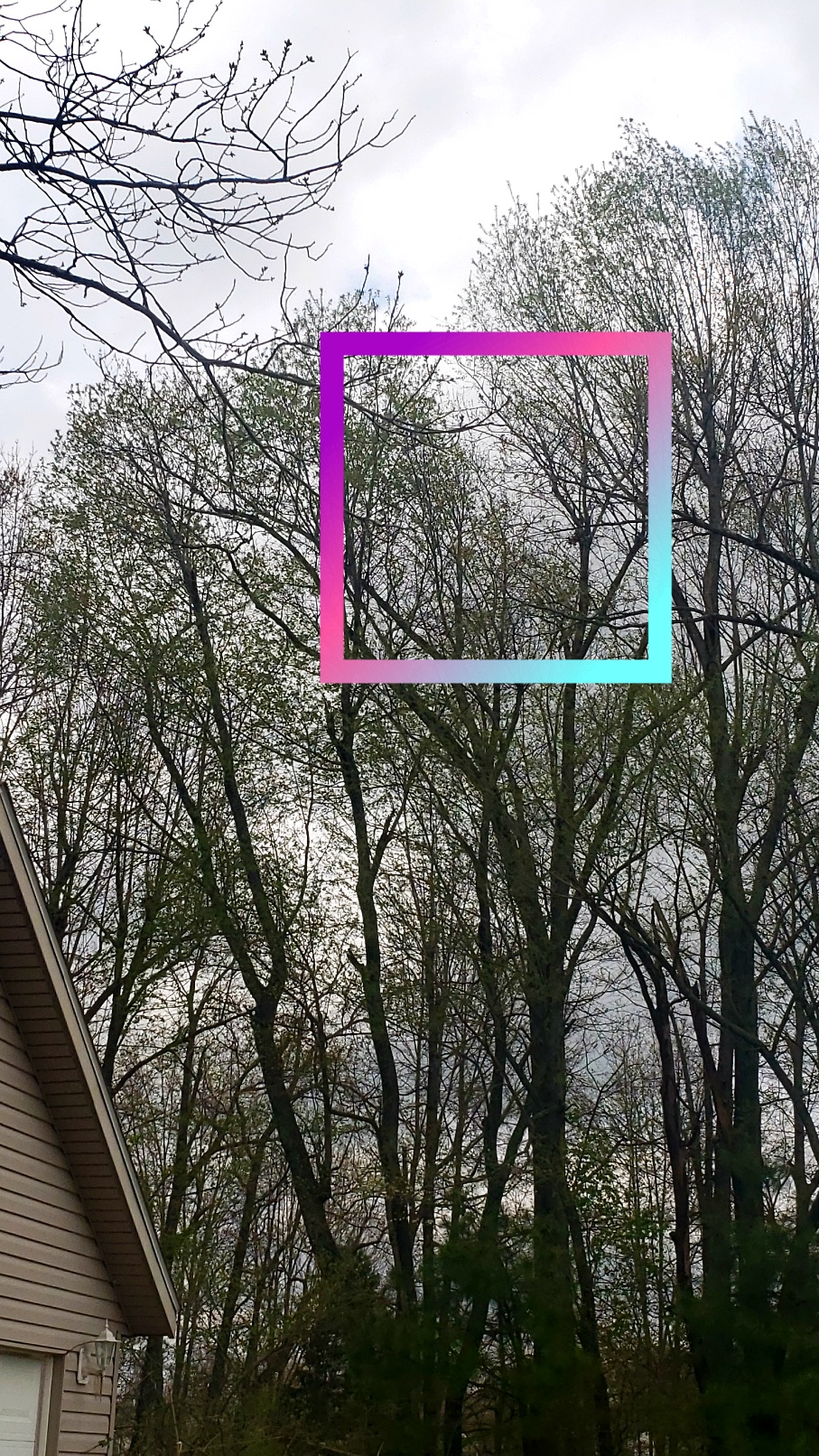 I couldn't manage a photo of all three together. The leader flew in a few seconds earlier. I briefly had five geese, though, happy day! 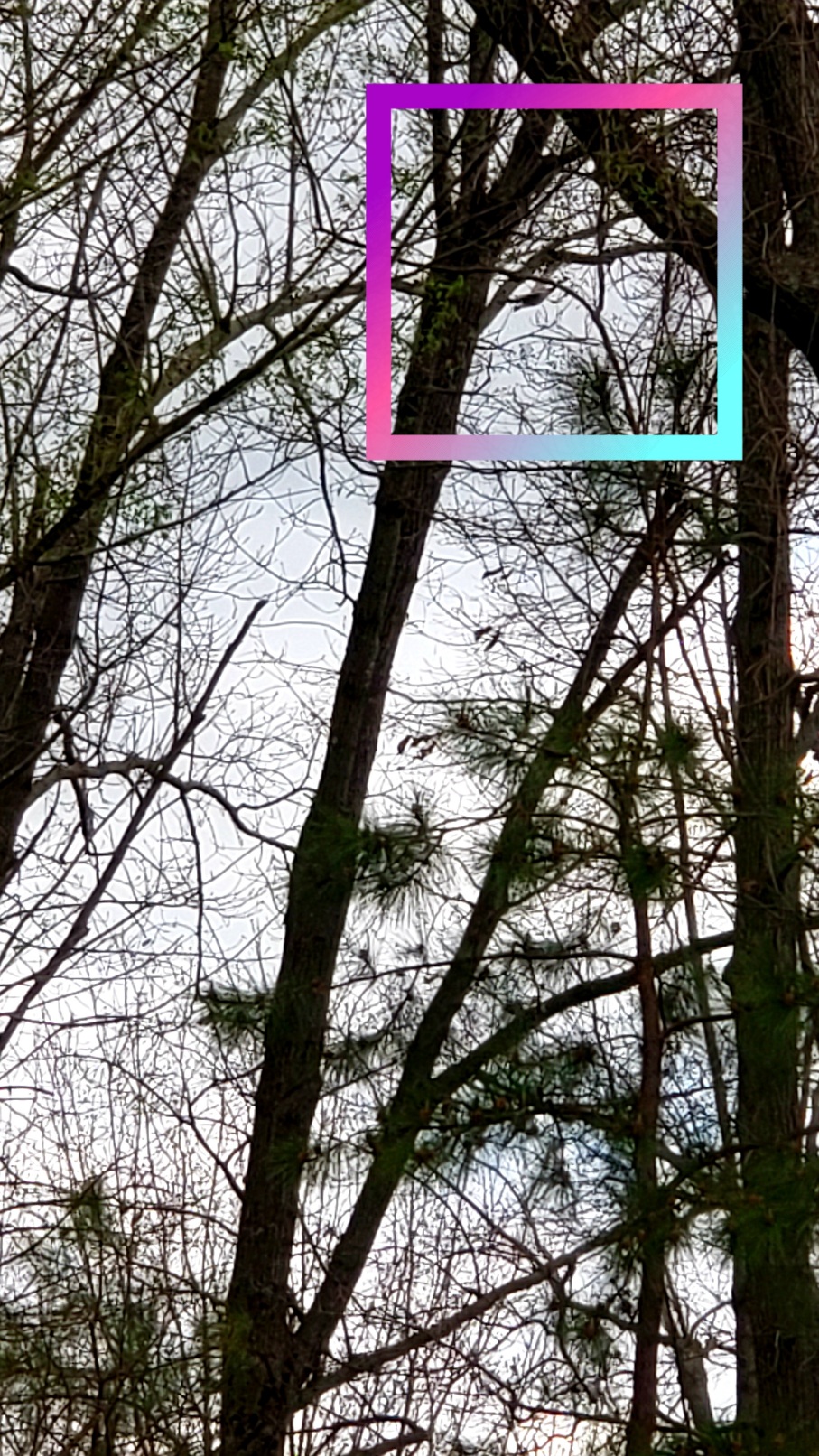 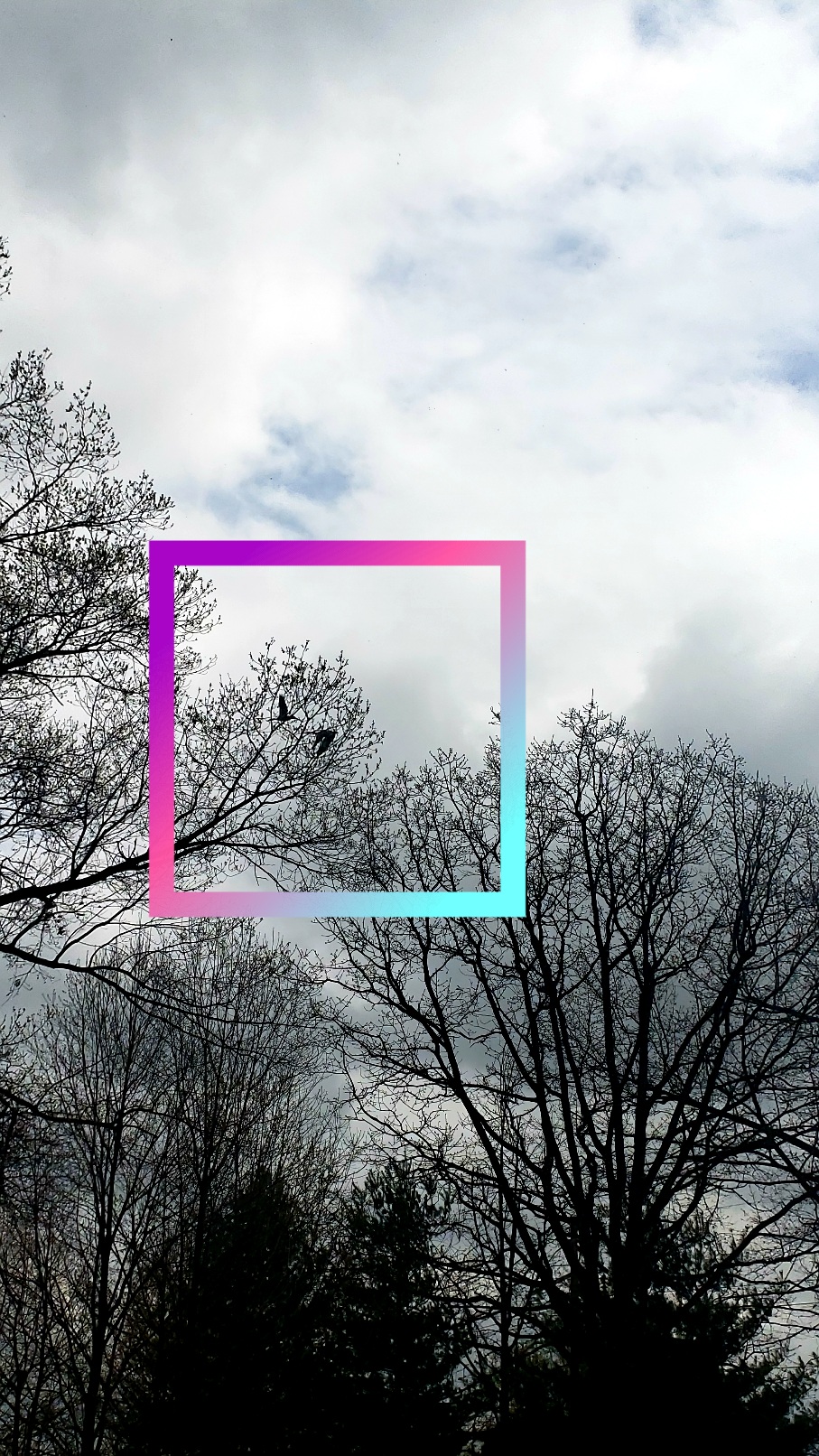 Recon mission with my lead beast just proved me to have been mistaken. We snuck down the back side of Bunnyville. My more "docile" lovely geese proved themselves to be no such thing, having held their ground and warding off the newcomers for reasons unknown. I still think goslings may be their plan.

They most certainly did not like my red sweater from earlier today, forcing me to change for them, nor did they appreciate the first responders sirens from thirty minutes ago, just outside of the subdivision. 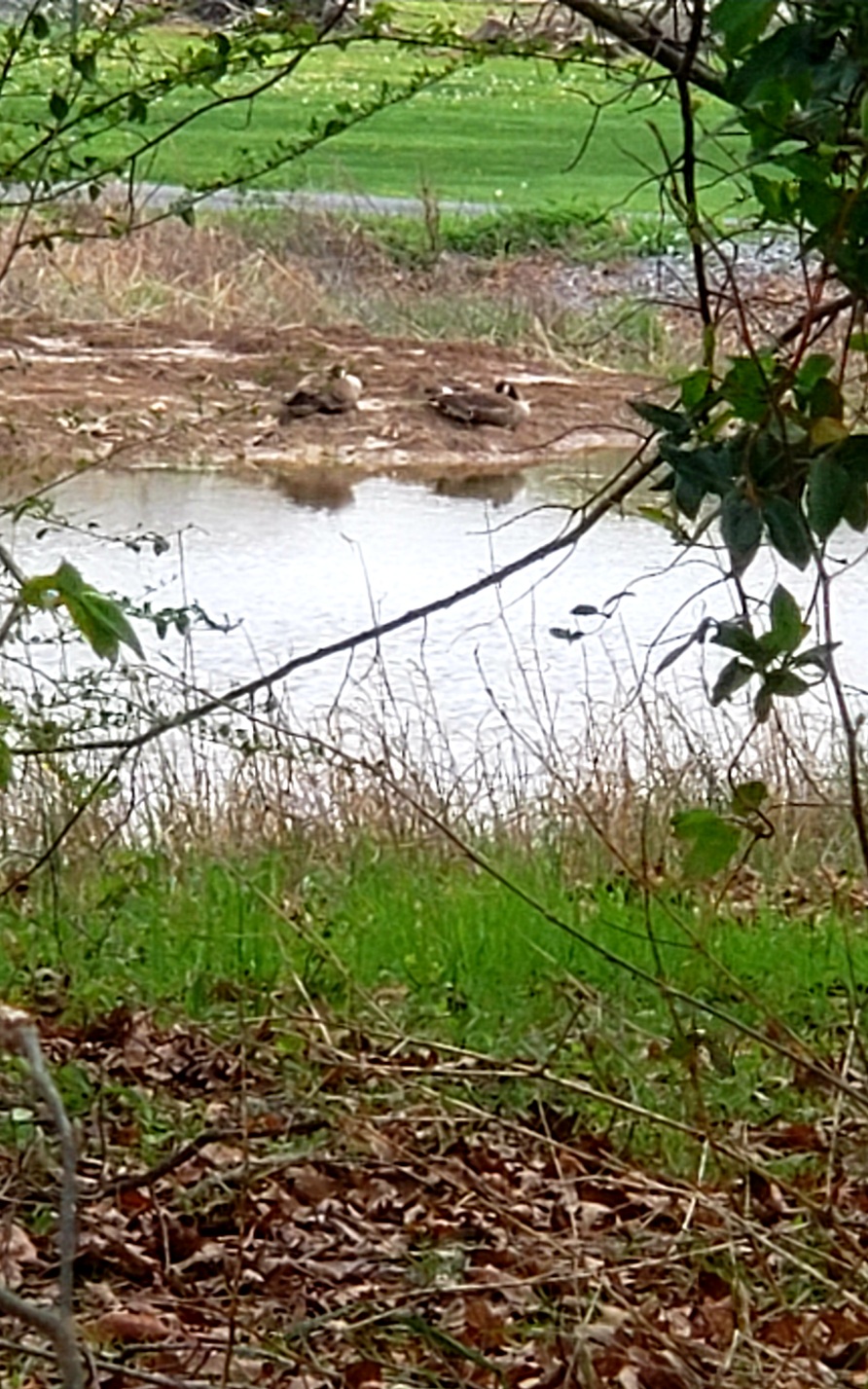 6:45AM- the lovely couple just flew in, landing upon the pond. Unfortunately, here comes Miss Mercedes the young black lab, pulling her master within her little blue golf cart down the street (she usually lingers but moved on without scaring them).

They departed for reasons unknown at 7:35AM, maybe due to the fast approaching storms, being that winds are gradually increasing and can be heard howling about once again. I thought some more were going to land before then, but then they flew on west. There have been a few small groups head through the subdivision since dawn, different directions.

Heard them honk up a seriously loud storm over in the roost area but then some flew over here, causing me to think that they were landing within the pond, but I now think that they circled off and returned. Too dark to see.

Two crossed the pond high from the SW toward the roost. Find them behind the trees only now beginning to leaf within Bunnyville if you can puzzle; they are there and I know where. 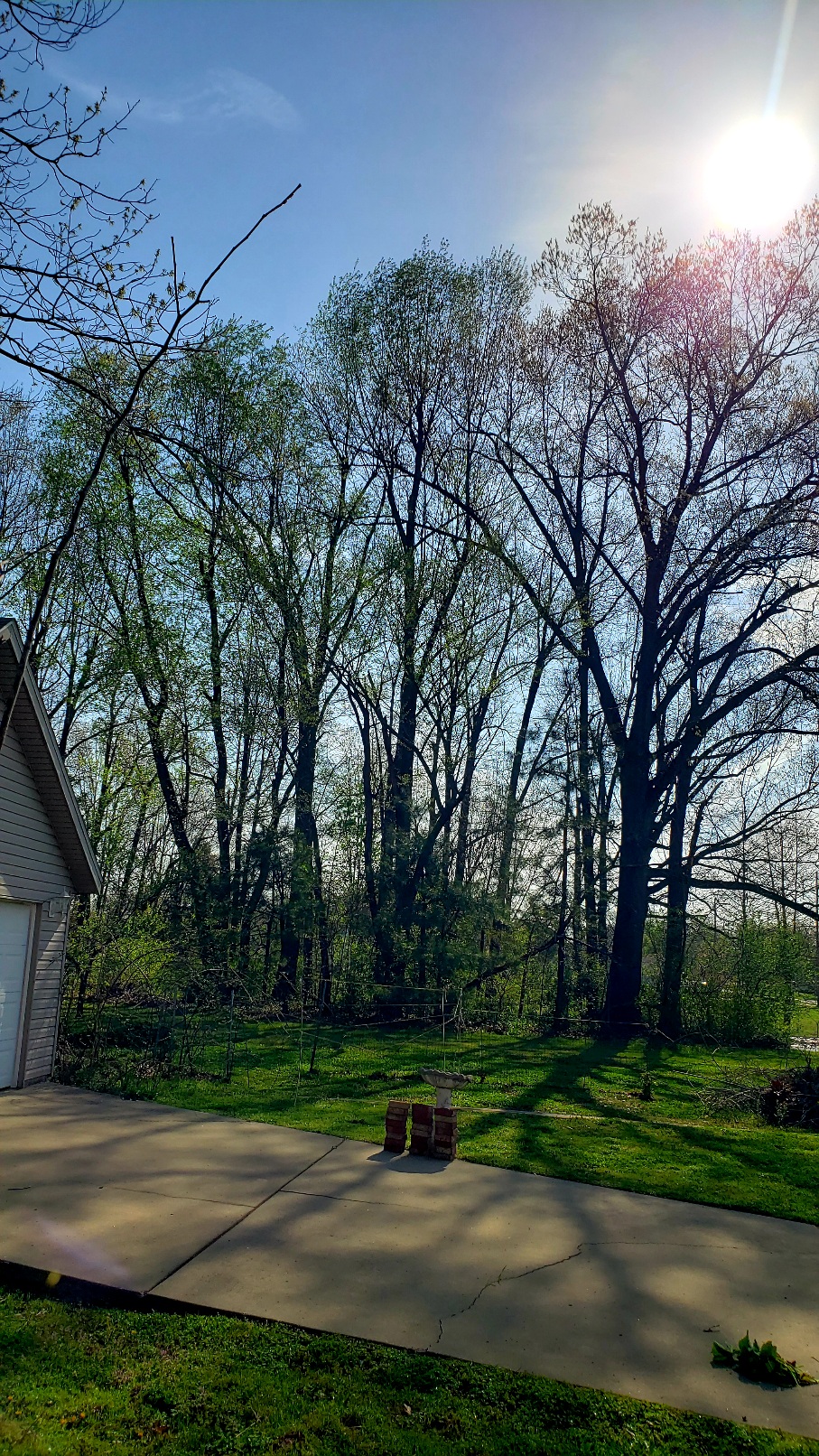 I had walked down the hill, simply in order to inspect my persimmon seedlings and when finished, I looked up and a fairly short distance in shock, because there my lovely couple happened to be, cautiously swimming north along the far eastern bank, from their chosen spot upon the far southeastern bank. 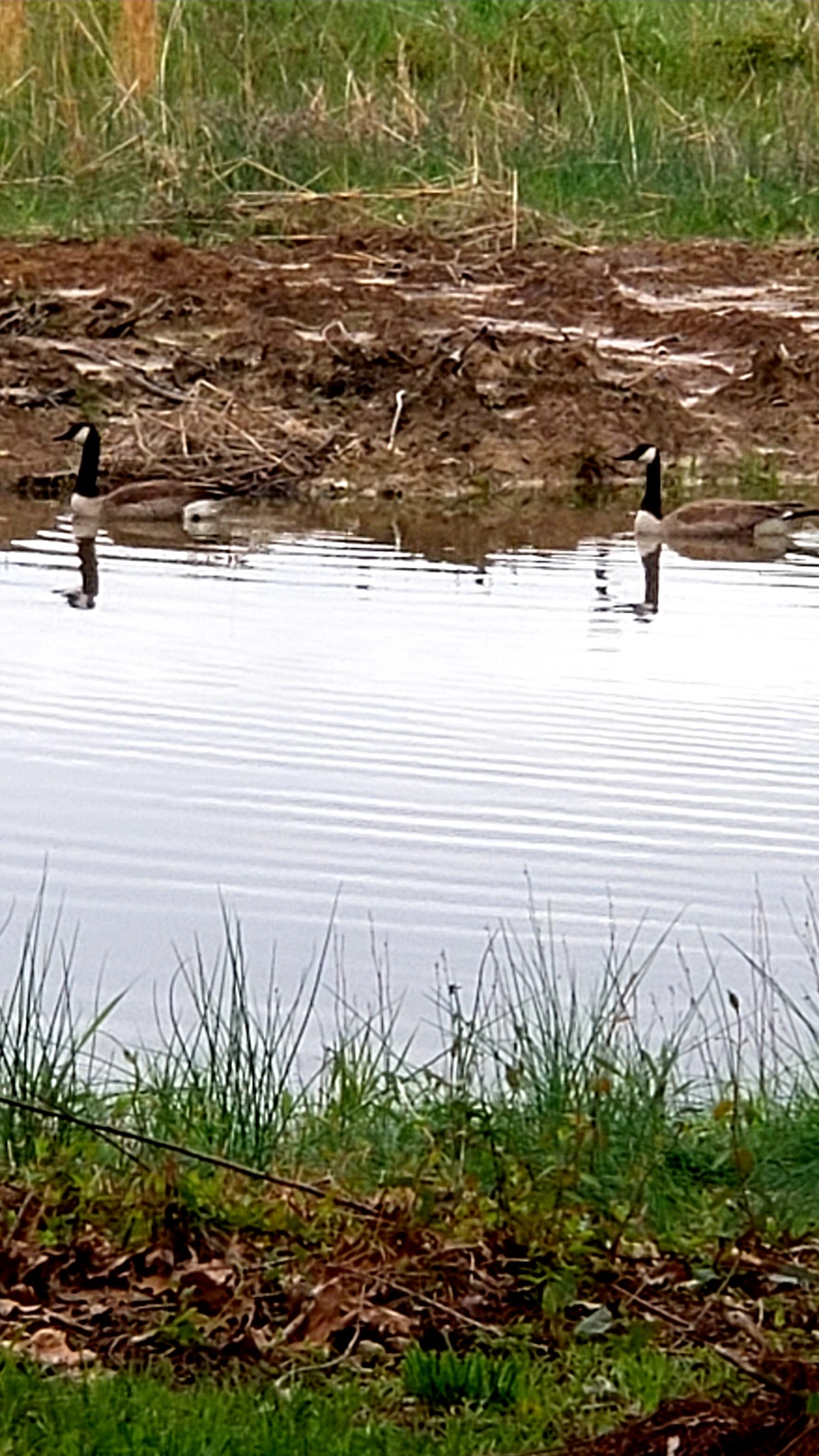 I did not linger for the photo op and quickly retreated, after shooting just one shot, with my lead dog by my side. I think he may have been as oblivious to them as I was, simply because I had his favorite snack inside my pocket and had, twice, already given him some.

Once I made it up to the top of the hill and past my active bluebird box, I looked back to happily discover that my lovely geese had made an about face, heading back to their spot. They never once honked out of alarm, nor seemed too terrible bothered, which is good. Although I had glanced at the pond, before heading down there, it has taught me to use my driving glasses or telephoto lens, so as to more carefully check for them before proceeding within the future. Cold day out there, with even cooler upon the way...

11:21PM - I was just ceremoniously honked at by the gander, quite loudly at that, until I was completely out of sight back up here at the house but all for good cause, being that I had jogged down the hill in order to chase off the damaged wing hawk flying over them. I had to loudly clap and yell at Evil, successfully chasing him off and disturbing my lovely geese, but Mommy Goose never once moved from her sitting position. . 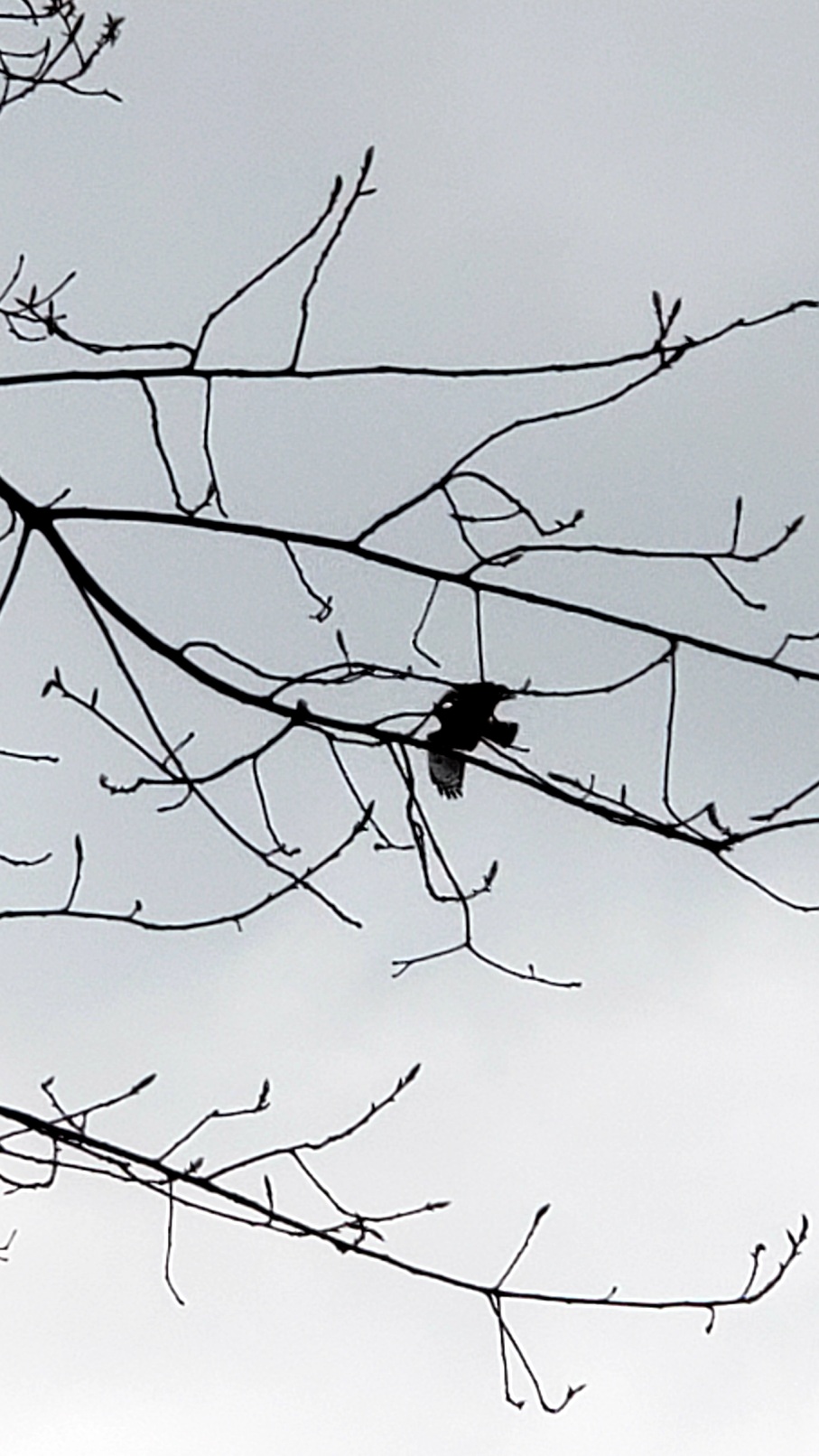 No precious goslings will survive for long there, if such is indeed her plan, as it seems. I am calling KDFWR now, even though I believe that I already know what I shall be told; the very same thing that Allyssa was told, when she called about the hawk nest containing young upon her property... 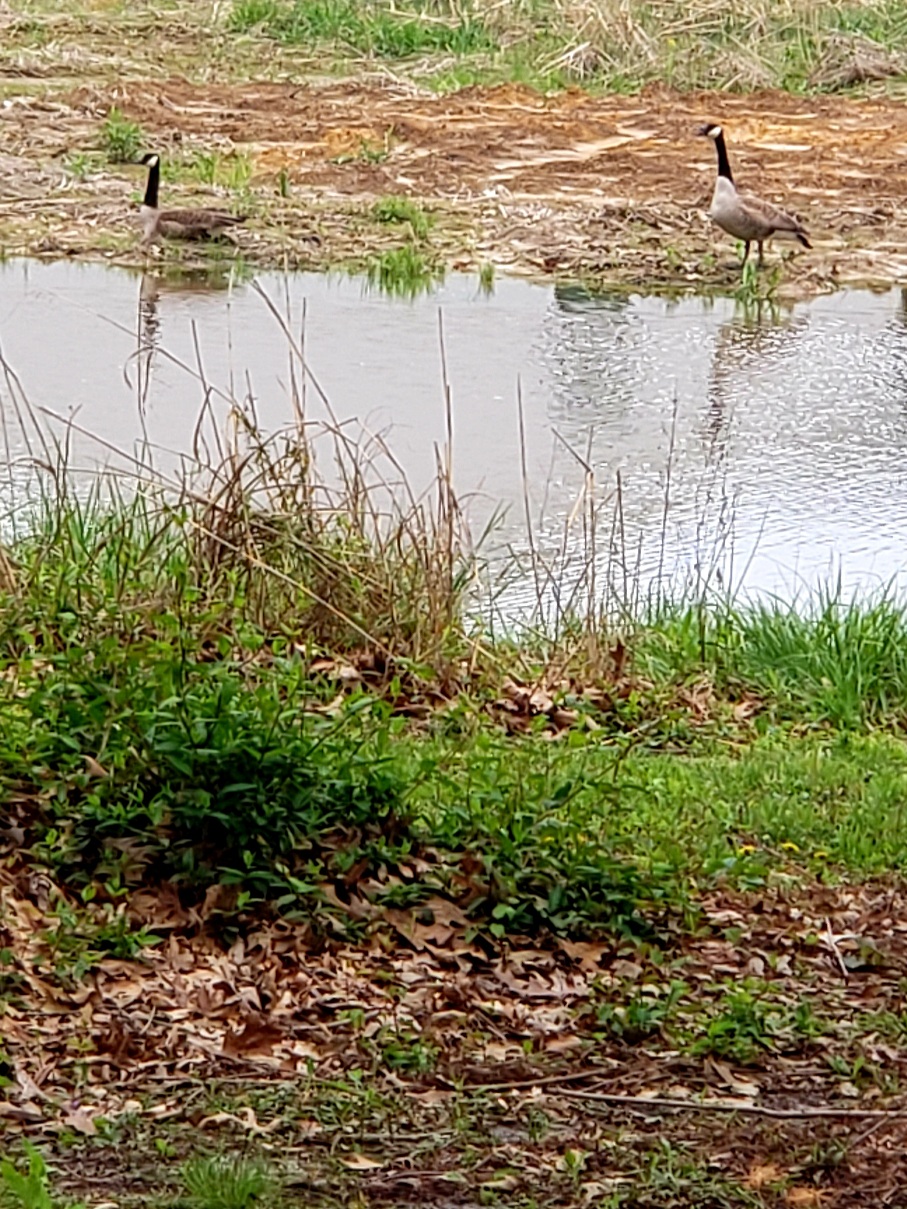 So, after leaving messages for two different KDFWR employees, one being District Commisioner Floyd, I recalled that Mr. Little is the biologist over the migratory birds and spoke with him again. He is always so very helpful and deserves a big fat raise, if any of his superiors are reading this. Fact !

He explained that the Migratory Bird Act protects both the hawks and the geese, preventing KDFWR from coming in and capturing/relocating either. I did confess to him that while in a fit of anger, I had shot at one of the hawks last year, but since I was not actually aiming for the big witch, she continues to visit and steal my critters. He laughed. He properly educated me upon my lovely geese and agreed that it sounds as if Mommy goose is nesting.

Building them a house will not do a bit of good, he said, elaborating that the goslings will not remain within it and immediately hit the water. He said that, although I might lose some to hawks, I am more prone to lose them to snapping turtles, raccoons, etc and that if provided plenty of prey exists, my evil hawks will go for it, instead, being much easier than fighting my two lovely geese. I told him plenty exists, but that the evil hawks better remain clear of my lovely bluebirds, or it's all out war. He laughed, once again.

He explained that the goslings will quickly develop and be gone by around June/July. He elaborated that I could go sit outside, in order to try and keep the hawks at bay, but warned me that when the goslings arrive that I better watch out, when checking upon either them or my persimmon seedlings. I told him the geese are clear over upon the opposite side of the pond. He said that wouldn't mean a thing lol.

I believe him, after the seriously loud and nonstop gander honking that I received today. He also told me that if Mommy becomes uncomfortable with me, she is prone to walk her goslings across the road to a new locale, placing them in greater danger. That's not going to happen. I am going to build, "Slow, Gosling Crossing" signs and stake them, when/if the time arrives.
Last edited: Apr 18, 2022

5:23PM - Didnt managed to become seriously chastised this time. Think I should consider finally searching out a replacement camera for this event. Not exactly sure where to shop for such around here, or if even possible... 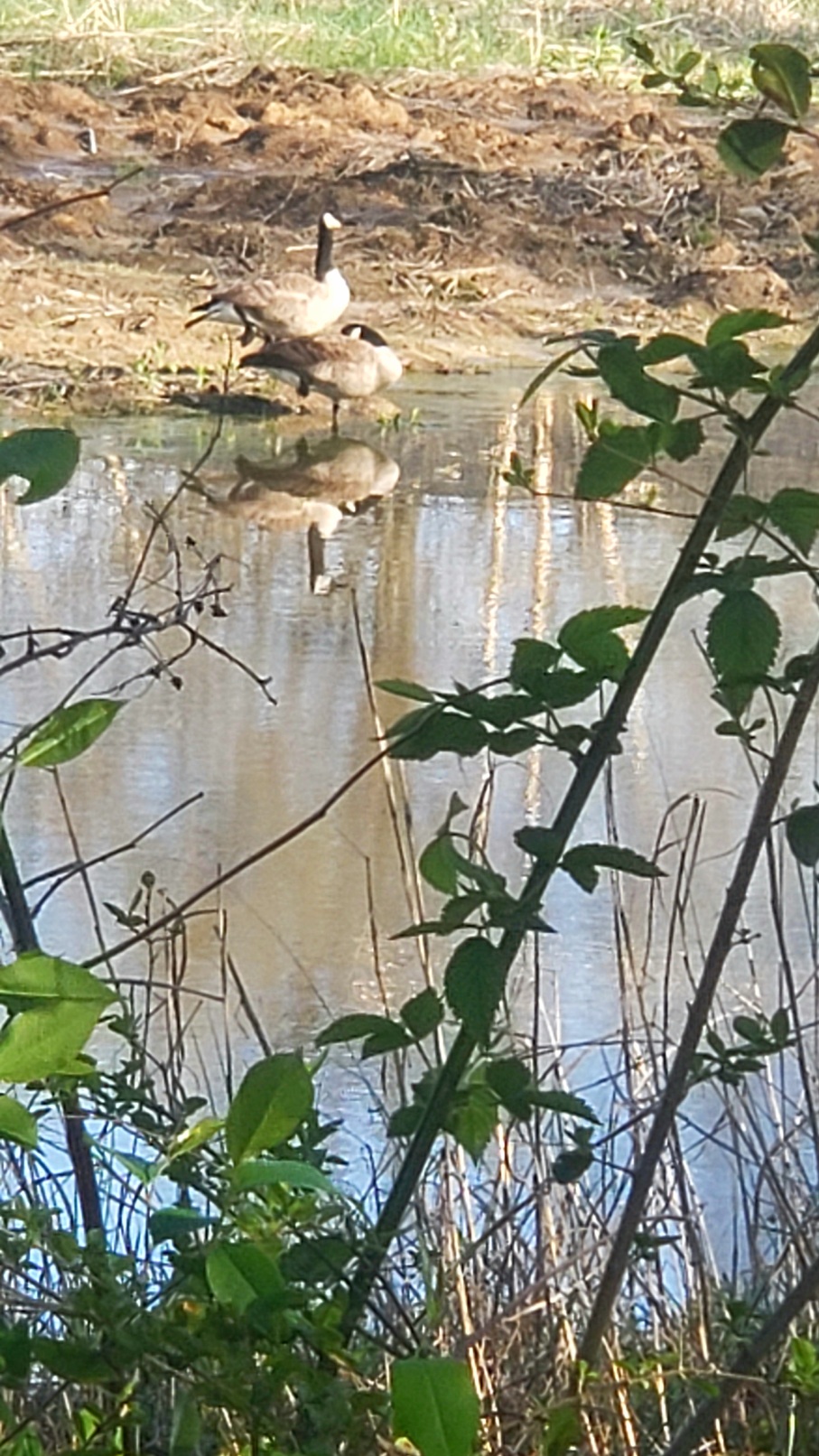 She did untuck, though 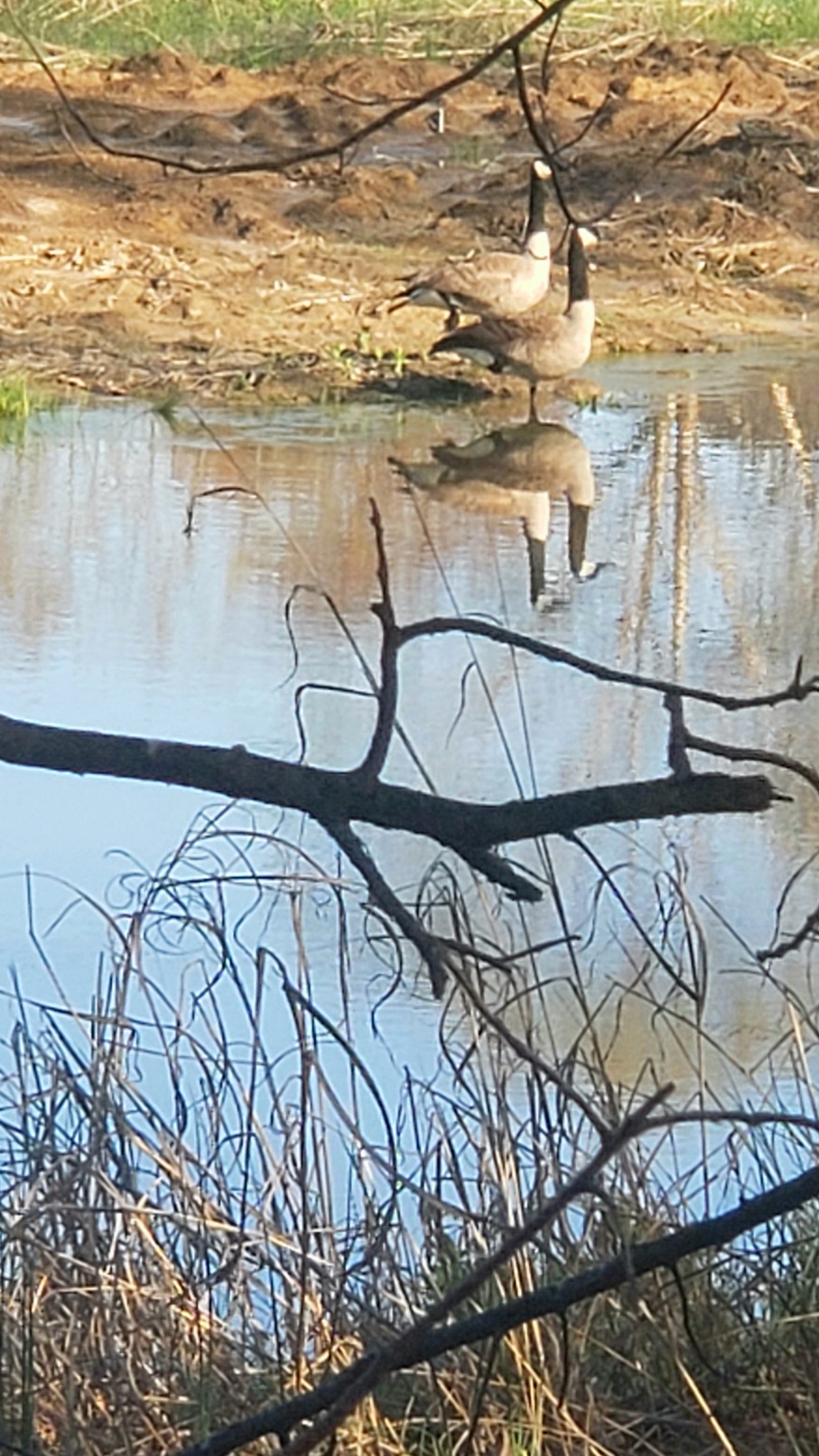 So, I quickly departed 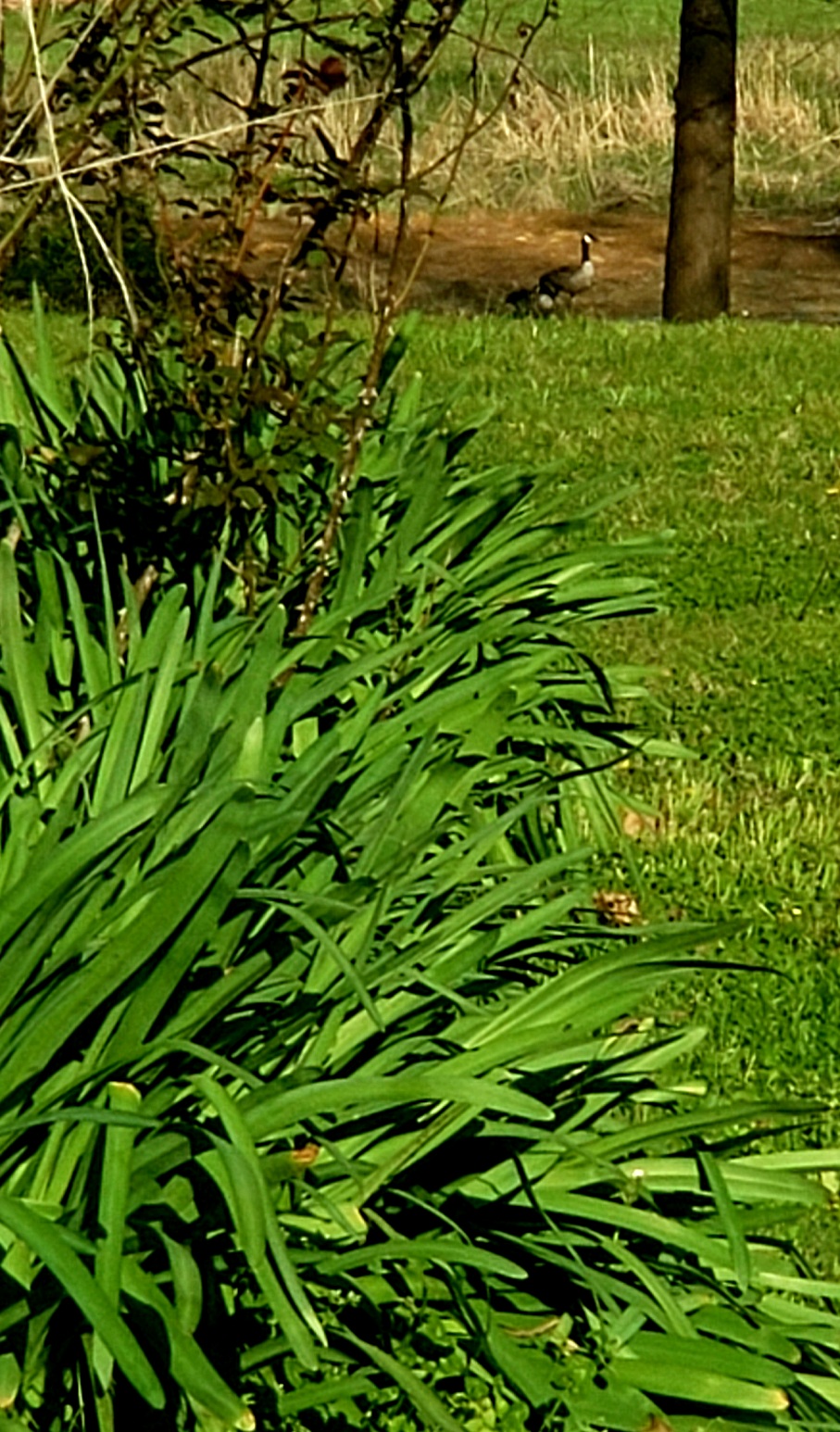 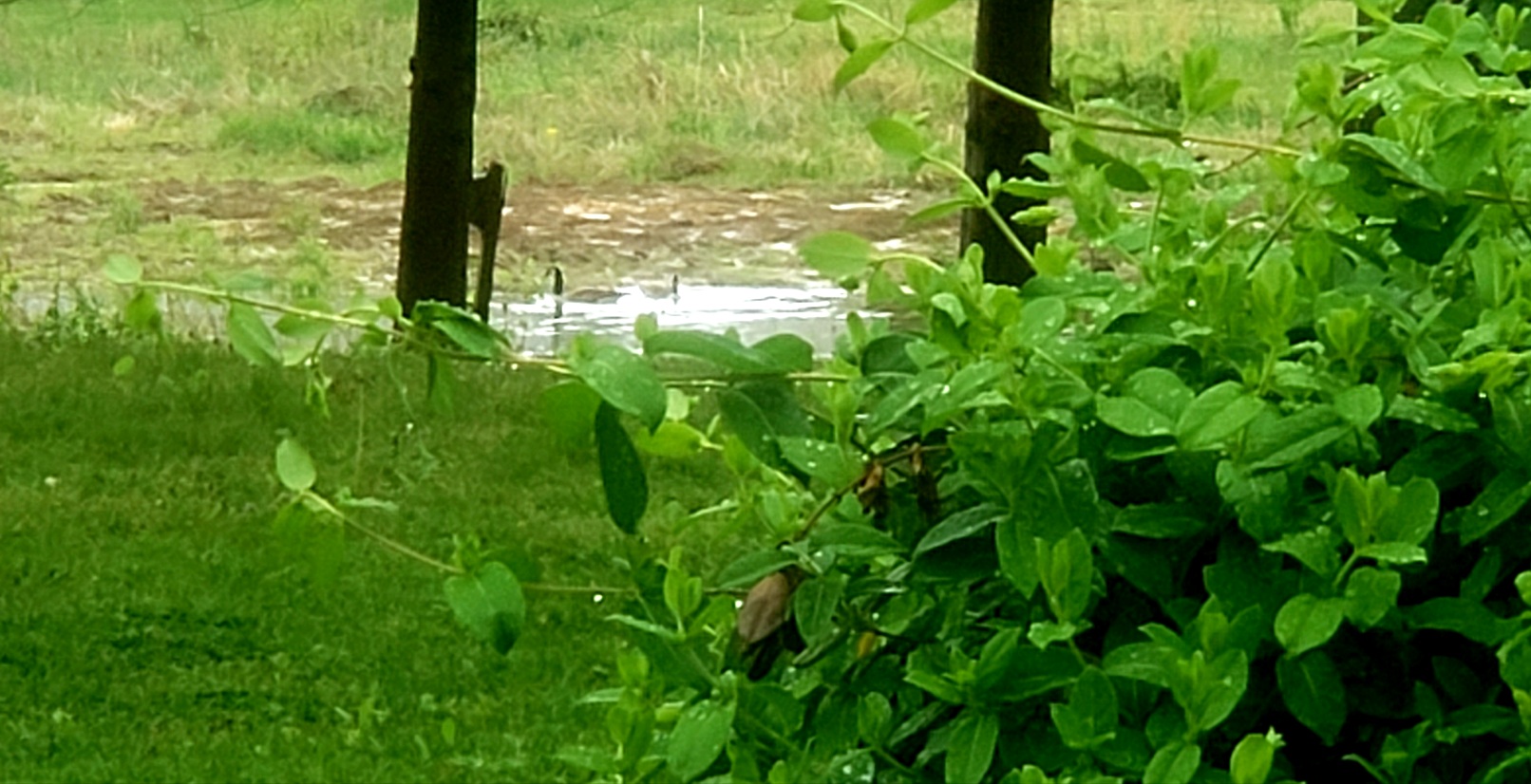 I'm not sneaking down there and breaking my pact with the boys again. It's taken almost one week now to undo that damage. I did manage some semi-decent cell phone photos for it all, though (haven't posted them).


I did not mean to frighten them and not sure that I did so. Something is now down there that they do not like. They began honking up a storm last week, causing me alarm enough to go back down a second time, in order to see what was wrong, taking my photos not 30 minutes before and then again. They just did it again, flying off.

Culprit spotted, feline, seen it a few times down there now... 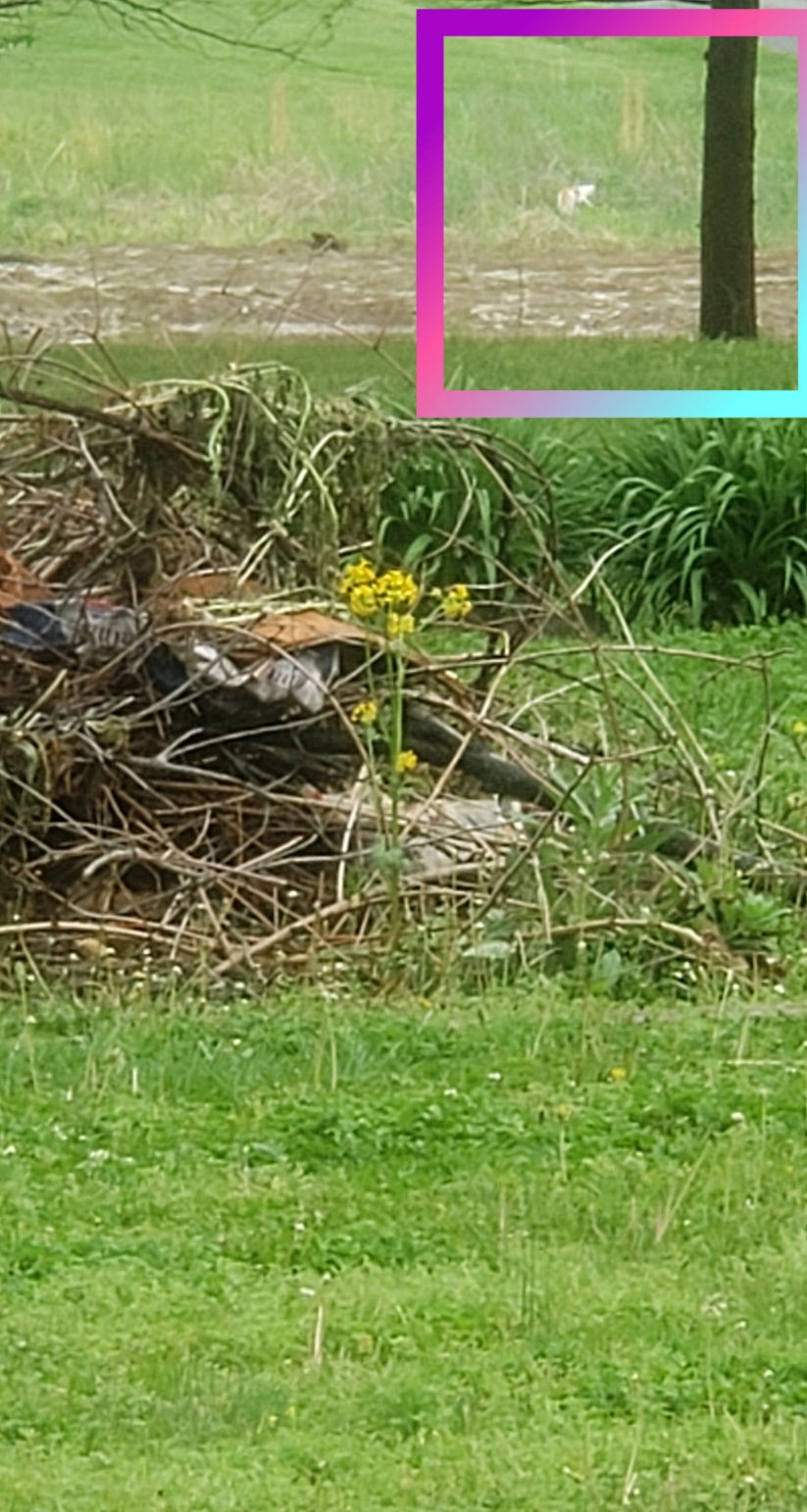 Time to give my dogs a job.

Decided not to send the dogs, opting to handle the culprit, myself 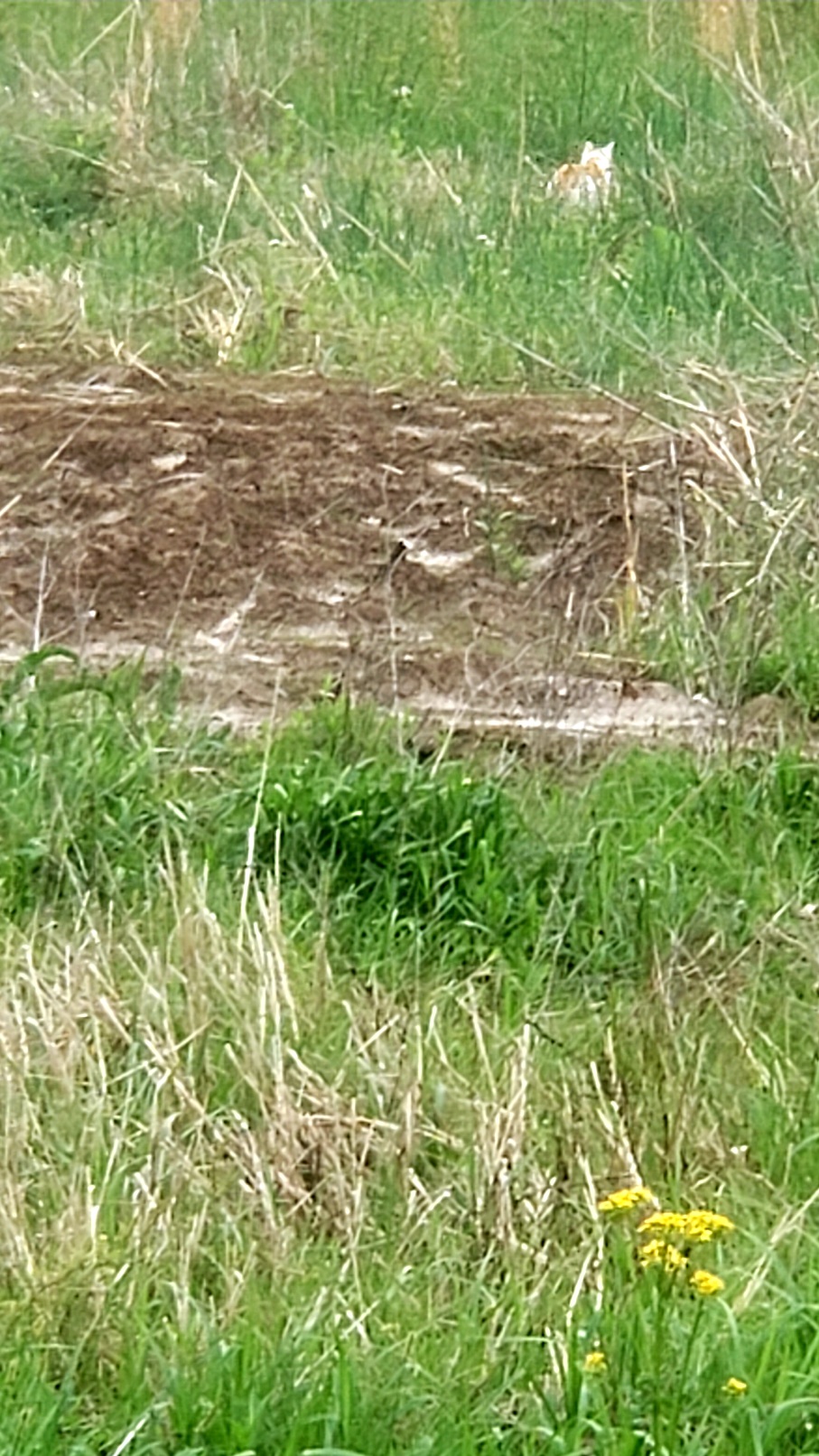 while wearing only my socks and sandals, gingerly stepping through all the mush, managing not one sink, but my socks did become slightly wet. 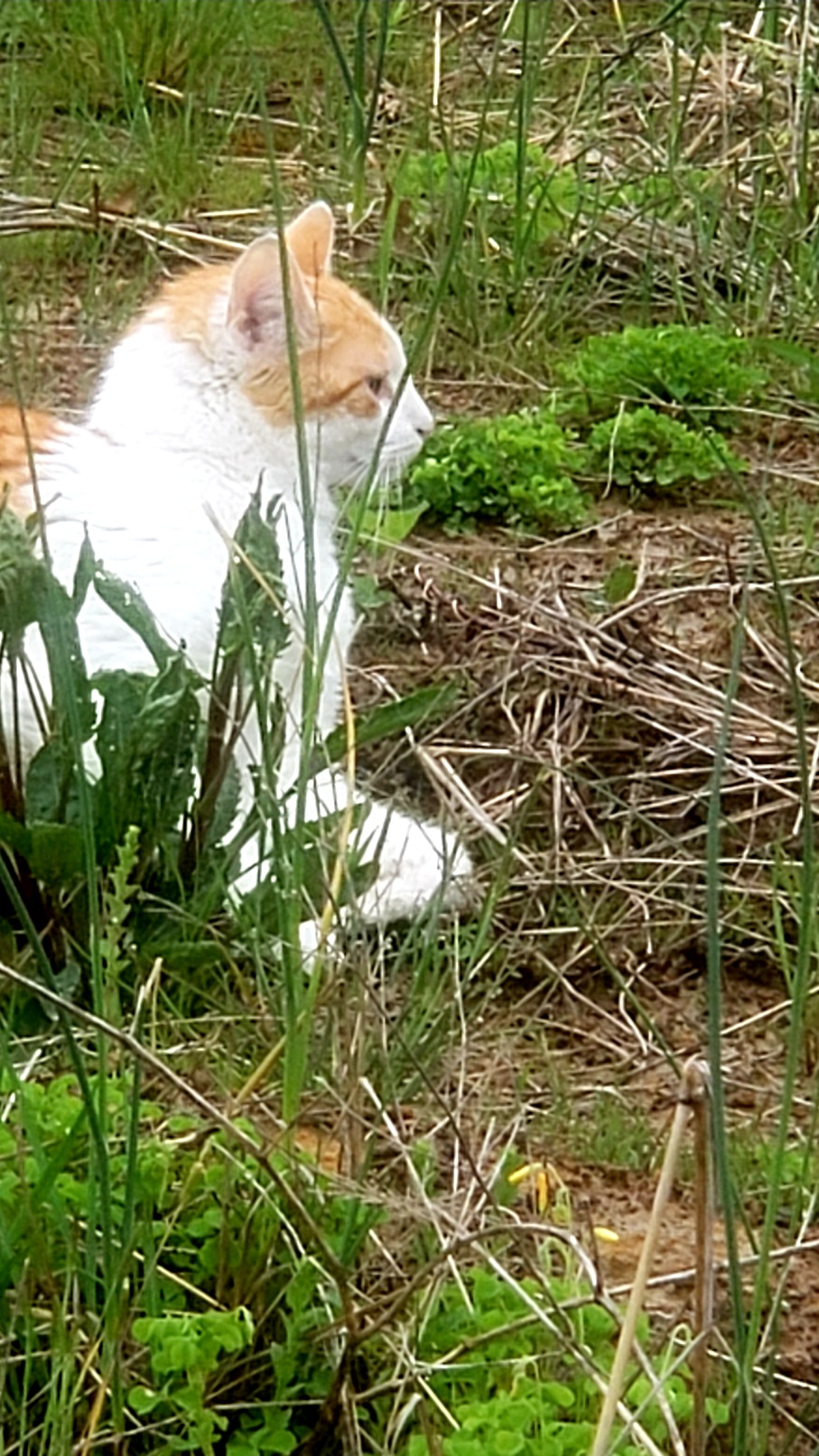 It's not an overly friendly feline and did hunker down, as opposed to initially running. It thinks that's its territory, apparently. It hissed at me, but I had tossed rocks at it with no reaction, causing my pursuit. 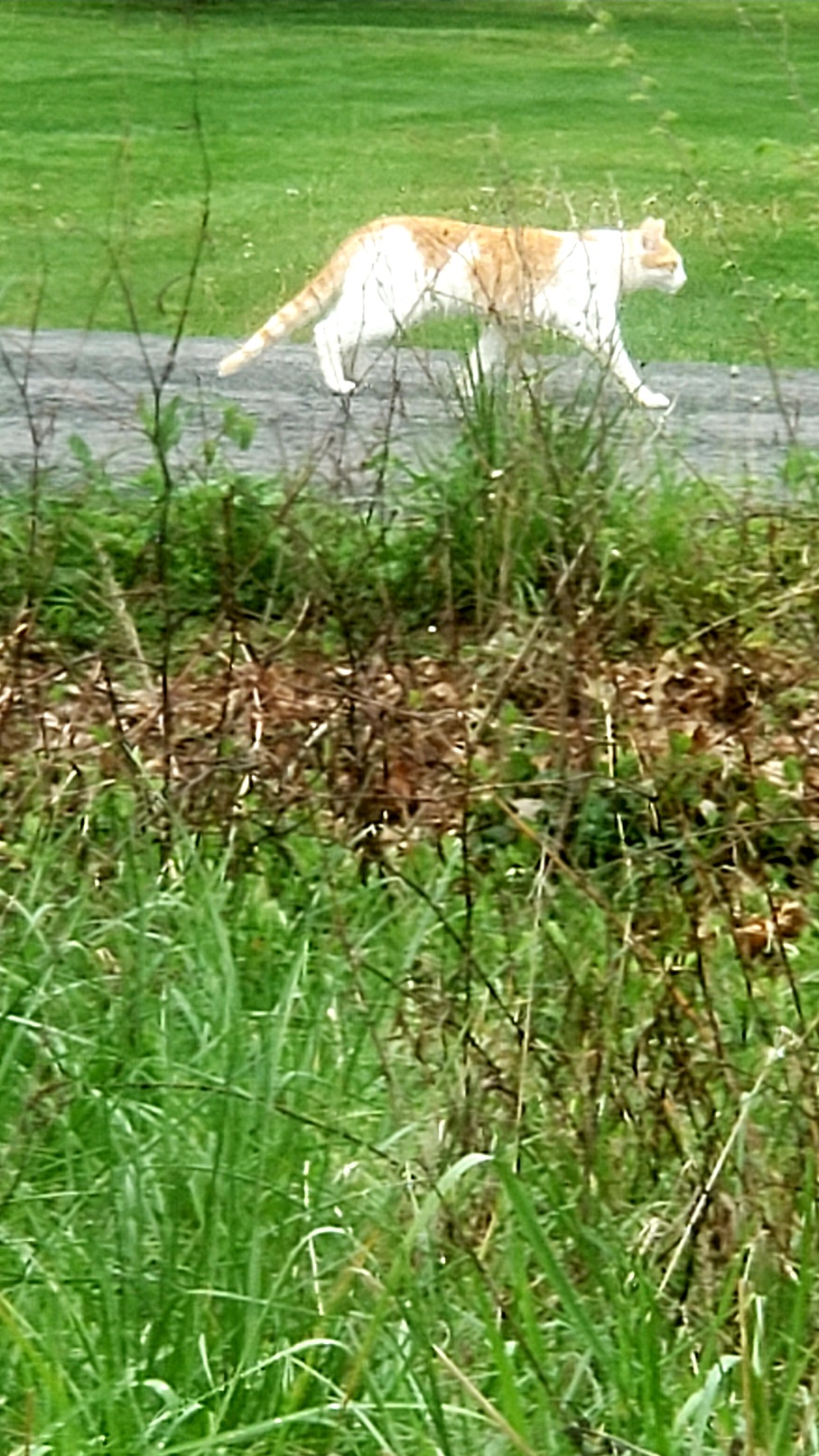 It decided it to be in its best interest to hit the main road. 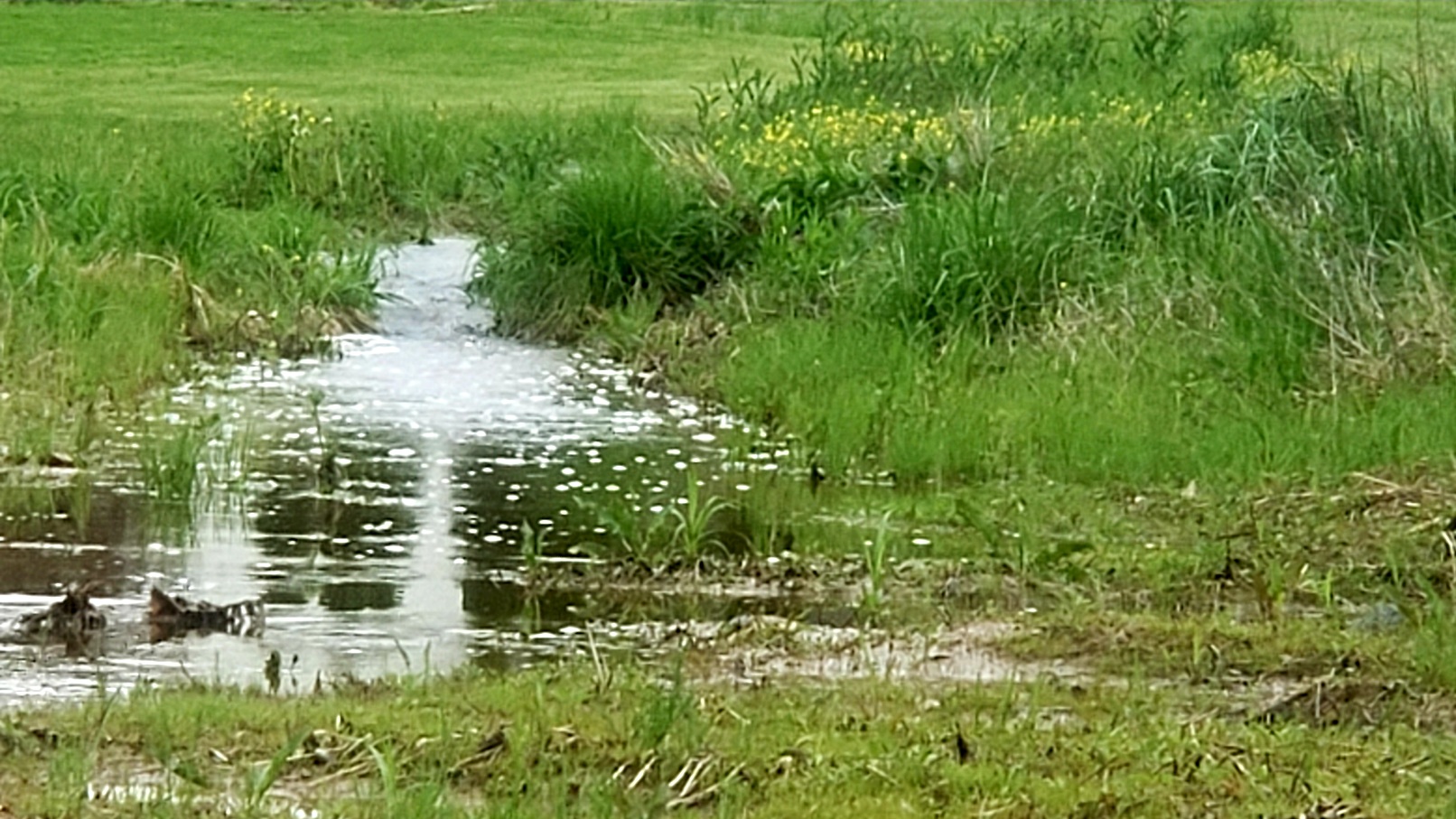 Already being within the muck of all, I took the opportunity to investigate. 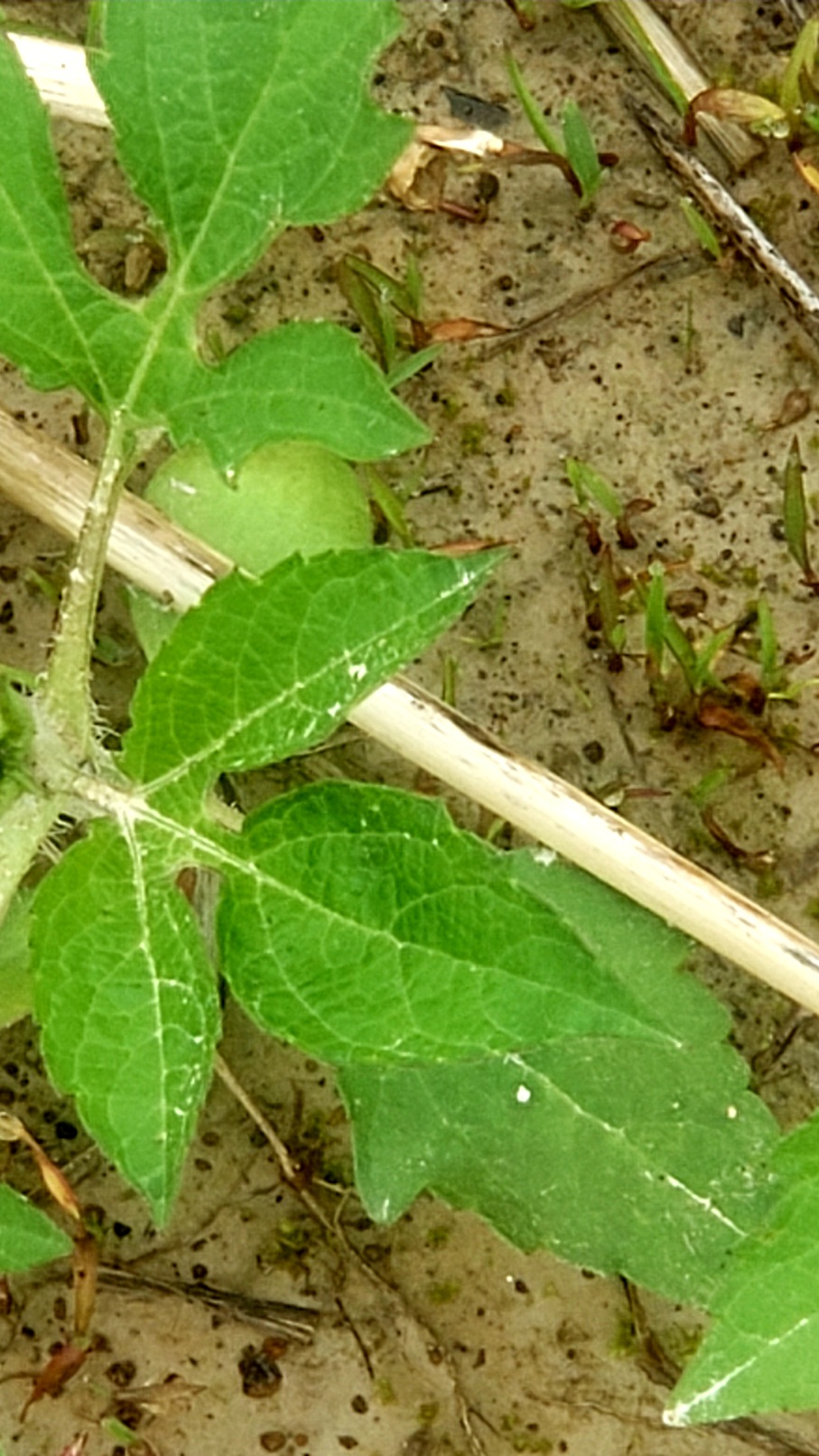 What the heavy rain had managed. That's my plant, and it is bearing my passion fruit.
Last edited: Apr 25, 2022