cedar creek said:
We call that riding around on a 4 wheeler and shooting them. Not my style but works good on big tracks of land
Click to expand...

4 wheelers are illegal on LBL.
I was just pointing out all of my spots are prescouted. I spent several days last March camping at LBL and scouting. Mobile hunting can be no different then having preset treestands. You just have dozens of spots to pick from.

Dan99 said:
Yeah, I don’t usually go in blind, but I do bounce from pre-scouted spot to spot.
Click to expand... 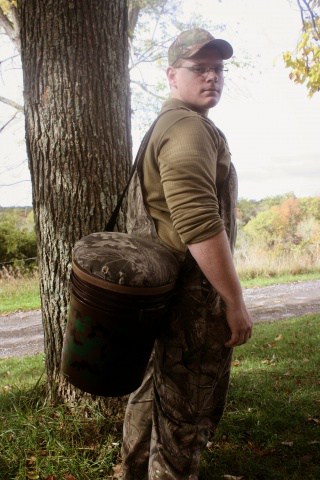 All that's in the bucket is a burlap blind, some camper's cord and some clothes pins. The point here is to travel light. If you put the kitchen sink in the bucket, you won't get very far. I've set up with that sort of rig and had a herd of deer standing in front of the blind within just a few minutes. I shot a trailing buck at 5 yards with my bow while the lead doe was just a few feet away watching me draw through the blind. 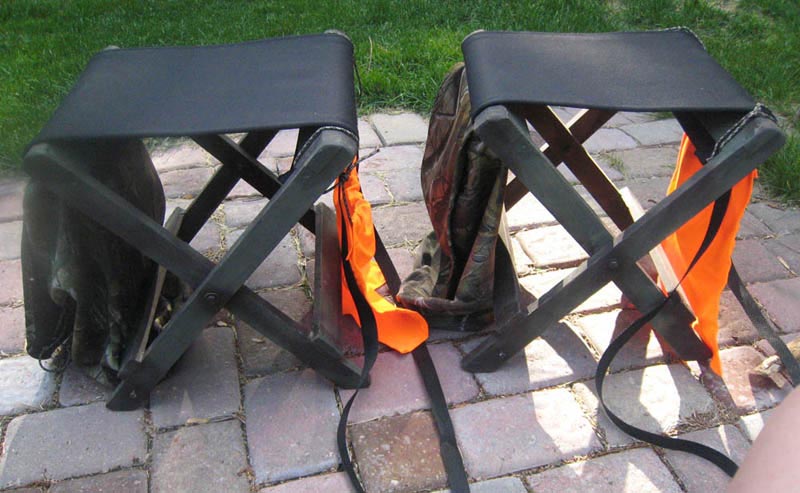 Norberg didn't carry a blind. I have found the blind to really up the odds.

In general, I see this as part of an evolution in your relationship to the parcel you're hunting. When I first got my farm in 2001, I spent a lot of time trying out different spots. I used the portable stump idea a lot. The next step was pre-positioning a bunch of 5 gallon buckets around the farm in places that looked reasonable, and I would still hunt from one bucket to the next. Eventually, I got enough confidence in a bunch of spots that I put up stands and blinds at the most likely spots.

Nowadays, I seldom go out with the intention of being that mobile. After hunting the same parcel for 20+ seasons, I pretty well know where the deer are going to be and when they are going to move. I'm trying to be there well ahead of them and wait. Generally speaking, everyone at our camp hunts just a few feet from where I first put a bucket down 20-some years ago.
Last edited: Aug 7, 2022
You must log in or register to reply here.
Share:
Facebook Twitter Reddit Pinterest Tumblr WhatsApp Email Share Link