Texas Could Vote to Secede From U.S. in 2023 as GOP Pushes for Referendum

Texas Could Vote to Secede From U.S. in 2023 as GOP Pushes for Referendum​ 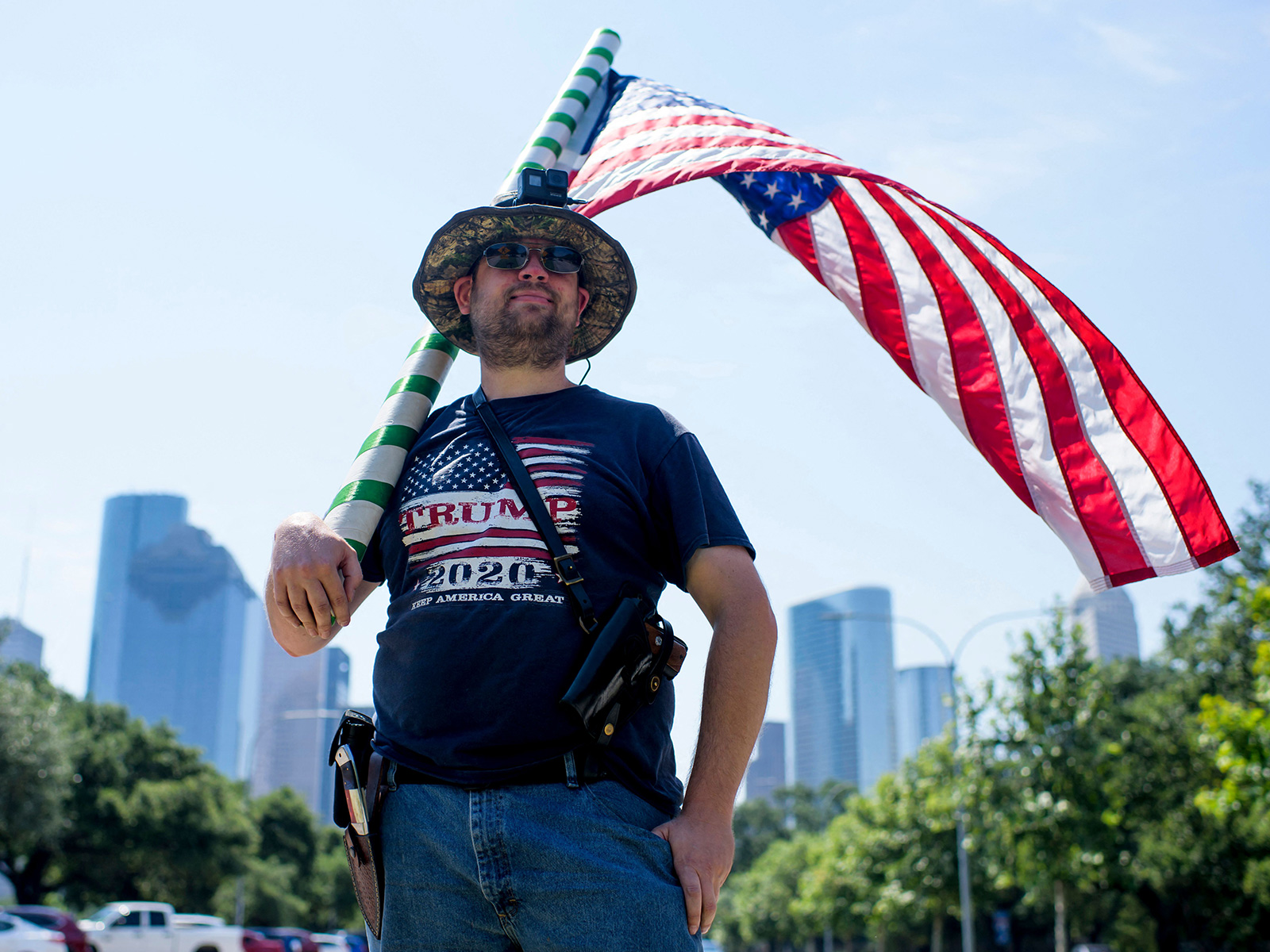 Texas Could Vote to Secede From U.S. in 2023 as GOP Pushes for Referendum

The Texas GOP's platform calls for a referendum so Texans can vote on "whether or not the State of Texas should reassert its status as an independent nation."

I bet the libtards in Austin (did you see where they voted in a $22/hour minimum wage for city employees last week?) are frothing at the mouth....

Texas wont go no where. They have said it before. If it does secede cut off government funding. Pull out all Federal government including the military bases. They dont want to lose all that money coming in.
G

See ya Texas! If their Independence is comparable to how they did their own electric grid, they will be in trouble. Pull out all the military bases and all the Government oil subsidy money and let them have at it. It will be auctioning itself off to the US and Mexico in less than a year.

Maybe the bigger question here is why would they want to leave? Another question, why do so many find it hard to believe that the demonrat candidate for POTUS received 81 million votes? If things are so good, why would any state wish to leave? Maybe an even better question is why are so many Americans distrustful of their government and it’s institutions like the FBI, NSA, Justice Dept., etc. If liberal policies are so beneficial and right, why is there such resistance?

why are people thinking that Texas would magically fold if they were outside our former republic? If Texas did withdraw….do you really think they would be the only state? Why would Texas economically need the federal goobermint?

If they secede then I would imagine that they would be solely responsible for maintaining their southern border with no help from the federal gooberment.......oh wait....nevermind.

EdLongshanks said:
why are people thinking that Texas would magically fold if they were outside our former republic? If Texas did withdraw….do you really think they would be the only state? Why would Texas economically need the federal goobermint?
Click to expand...

Lots of people would be moving to Texas

EdLongshanks said:
why are people thinking that Texas would magically fold if they were outside our former republic? If Texas did withdraw….do you really think they would be the only state? Why would Texas economically need the federal goobermint?
Click to expand...

YES People dont realize how much federal money goes into Texas. Military for example. If Feds pull just the military would cost Texas dearly. Regualer military and reservist bases.
There are 15 reugalar bases of Army Air Force Navy Marine and Coast Guard. Not counting the hundreds of Army Air national guard plus Reservist Army Navy Marine Air Forse and Coast Guard bases there. Shut those places down pull all the equipment. Empty bases no jobs loses money for the state. BILLIONS LOST.
Then the Oil industry gets federal funding. Cut that out. Jobs lost money lost. Hurricain relief flooding storm dameges. Cut that off. See what happens. Texas be crying to join back into the U.S.

Feedman said:
Lots of people would be moving to Texas
Click to expand...

I doubt that. I was stationed in Texas. I wouldnt go back there if they paid me millions to go. LOL

THESE ARE JUST THE FULL TIME MILITARY BASES NOT COUNTING NATIONAL GUARD AND RESERVIST BASES.
List of military installations in Texas

DH13 said:
I doubt that. I was stationed in Texas. I wouldnt go back there if they paid me millions to go. LOL
Click to expand...

I’ve only visited. I was impressed with the state and people I met. That’s a lot different than an extended stay or living there I know. My wife’s cuz was married to a guy that was stationed in El Paso and she said avoid that area like the plague. Crime filled mini Mexico.

xbokilla said:
I’ve only visited. I was impressed with the state and people I met. That’s a lot different than an extended stay or living there I know. My wife’s cuz was married to a guy that was stationed in El Paso and she said avoid that area like the plague. Crime filled mini Mexico.
Click to expand...

Fort Hood and Corpus Christi 2 and half years for me. Some people were great some not. Just like about anywhere. Give me trees mountains and cooler weather. Not sand and heat with small trees no thanks.

Texas can’t legally secede from the U.S., despite popular myth​

The theme of independence has recurred throughout the history of Texas, which was a republic from 1836–45. But the Civil War established that a state cannot secede.
BY TEXAS TRIBUNE STAFF JUNE 20, 2022UPDATED: 12 PM CENTRAL
COPY LINK
REPUBLISH 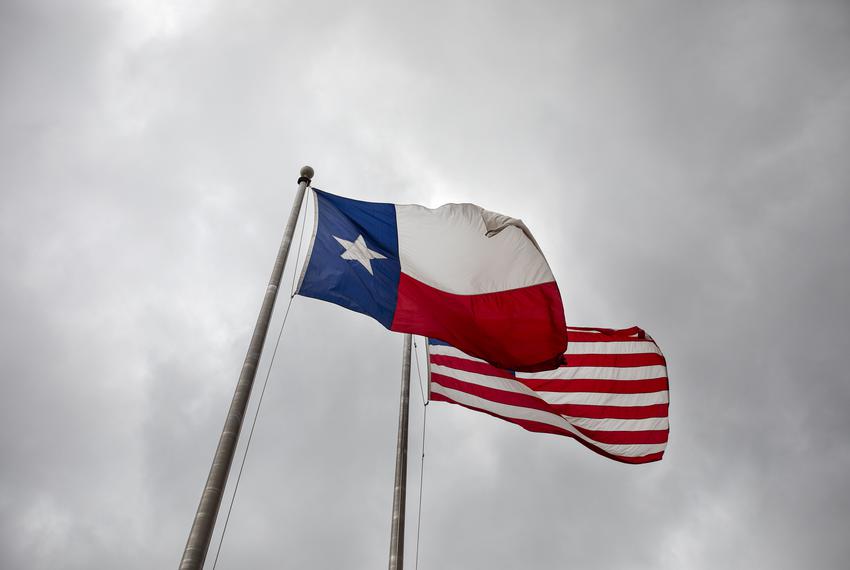 The Texas and U.S. flags wave outside the John H. Reagan State Office Building. Credit: Miguel Gutierrez Jr./The Texas Tribune
Sign up for The Brief, our daily newsletter that keeps readers up to speed on the most essential Texas news.
In June 2022, the Texas State Republican Convention adopted a platform urging the Legislature to put a referendum before the people of Texas in November 2023 “to determine whether or not the State of Texas should reassert its status as an independent nation.”
Secession and independence have been perennial themes throughout the history of Texas, which broke away from Mexico in 1836 and was an independent republic before it was annexed by the United States in 1845. As the United States was torn apart by divisions over whether slavery could expand into the nation’s western territories, Texas in 1861 voted to secede from the Union. In the ensuing Civil War, up to 750,000 people — more than 2 percent of all Americans — died. Following the defeat of the Confederacy in 1865, Texas was formally readmitted to the Union in 1870, during the Reconstruction Era.
Despite perennial talk of another secession, the law is clear that Texas may not leave the union.
The Texas Tribune thanks its sponsors. Become one.

The idea is most often raised by conservatives in the state who are angry over some kind of policy coming from the federal government — and the calls seem to become more frequent when a Democrat is occupying the White House. State Rep. Kyle Biedermann, R-Fredericksburg, filed a bill in 2021 to create a referendum election on whether Texans should create a joint legislative committee “to develop a plan for achieving Texas independence.”
“It is now time that the People of Texas are allowed the right to decide their own future,” he said in a statement announcing the legislation.
Even if the Legislature were to act on the new Republican Party proposal to put an independence referendum on the general election, it would not be legally valid.
“The legality of seceding is problematic,” Eric McDaniel, associate professor of government at the University of Texas at Austin, told The Texas Tribune in 2016. “The Civil War played a very big role in establishing the power of the federal government and cementing that the federal government has the final say in these issues.”
Many historians believe that when the Confederacy surrendered at Appomattox in 1865, the idea of secession was forever defeated, McDaniel said. The Union’s victory set a precedent that states could not legally secede.

Even before Texas formally rejoined the nation, the U.S. Supreme Court declared that secession had never been legal, and that, even during the rebellion, Texas continued to be a state.
In the 1869 case Texas v. White, the court held that individual states could not unilaterally secede from the Union and that the acts of the insurgent Texas Legislature — even if ratified by a majority of Texans — were “absolutely null.”
When Texas entered the Union, “she entered into an indissoluble relation,” Chief Justice Salmon P. Chase wrote for the court. “All the obligations of perpetual union, and all the guaranties of republican government in the Union, attached at once to the State. The act which consummated her admission into the Union was something more than a compact; it was the incorporation of a new member into the political body. And it was final. The union between Texas and the other States was as complete, as perpetual, and as indissoluble as the union between the original States. There was no place for reconsideration, or revocation, except through revolution, or through consent of the States.”
The Texas Tribune thanks its sponsors. Become one.

Chase added: “The ordinance of secession, adopted by the convention and ratified by a majority of the citizens of Texas, and all the acts of her legislature intended to give effect to that ordinance, were absolutely null. They were utterly without operation in law.”
Another source of confusion and misinformation over the years has been language in the 1845 annexation resolution that Texas could, in the future, choose to divide itself into “New States of convenient size not exceeding four in number, in addition to said State of Texas.” But the language of the resolution says merely Texas could be split into five new states. It says nothing of splitting apart from the United States. Only Congress has the power to admit new states to the Union, which last occurred in 1959 with the admission of Alaska and Hawaii.
If there were any doubt remaining after this matter, the late Supreme Court Justice Antonin Scalia set it to rest when he asked by a screenwriter in 2006 whether there was a legal basis for secession. In his response, he wrote: “The answer is clear,” Scalia wrote. “If there was any constitutional issue resolved by the Civil War, it is that there is no right to secede. (Hence, in the Pledge of Allegiance, ‘one Nation, indivisible.’)”
You must log in or register to reply here.
Share:
Facebook Twitter Reddit Pinterest Tumblr WhatsApp Email Share Link