Living in Newyork the law has bin on the books for 100 years I just heard on the news. Plus this court case has been going for 5 years and they just ruled on it. I live in middle of no where nearest police is town cops 8 miles away if there’s one on duty they can’t come this far out so nearest officer could be 1 minute away or 1 hour depends what part of county he is in. So it’s good law too pass. Next summer still can’t too next summer get out of this state and too Kentucky

I sure hope gg isn't like Jethro! You know the one in the family with all the brain's!

drakeshooter said:
The dumb bitch governor of NY Kathy Hochul said the U.S. only had access to muskets when the 2nd Amendment was written, and that she was "prepared to go back to muskets" through gun restrictions lol. Just a dumbass statement, reminiscent of one of our 3-5 board retards lol. I suppose since the 1st Amendment was written when they used quill pens and ink wells along with manual typeset printing presses then modern ink pens, word processors and digital media doesn’t count lol. It’s about as dumb and ignorant as bringing up a “well-regulated militia” as if that is some kind of annulment of the very clear “SHALL NOT BE INFRINGED” part. I’ve never met a communist loving sheep that wasn’t either a liar or an idiot, usually both.
Click to expand...

"...prepared to go back to muskets..." Challenge accepted!!! 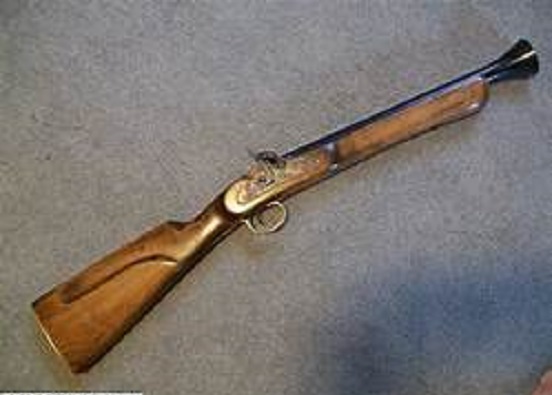 High Rack said:
I am pretty sure there are a bunch that have suddenly realized that very thing the last 18 months, and the rest will see the light when this thing falls flat on it's face and they are standing in a food line begging for scraps wondering how they were duped all these years.
Click to expand...

I hope every soul that voted for Biden goes homeless.

It’s simple…liberals are too afraid to take care of themselves. They are sheep that beg the wolves to protect them. They are also too stupid to know how that ends.

Tankt said:
I hope every soul that voted for Biden goes homeless.
Click to expand...

And they owe me reparations. For the extra cost of fuel, dontcha know...

The constitution has changed, women can vote and become governor here now. And if you don't like the laws of this land as provided by the constitution and its amendments you are free to leave this country and move to Ukraine or wherever and take your musket with you. As for me I'll stay here with my AR-15 Thank You!

The ruling showed the difference between the New York and Kentucky permit laws.

In NY their law said, "MAY issue", in Kentucky the law says, "SHALL issue".

In New York no matter how many hoops you had to jump through and pass with flying colors unless you "knew somebody" you could not get one. In Kentucky, you passed and you got one.

It goes back to Tammany Hall in New York, which was the Democrat Party stronghold, they CONTROLED everything. If you were a supporter then you got your permit. If you were not then you did not get one.

Several States have similar "MAY issue" laws, the Supreme Court ruling knocked them all down, they HAVE to change their permit laws to "SHALL issue".

If the goobermint issues rights by permission….it is not a right.

EdLongshanks said:
If the goobermint issues rights by permission….it is not a right.
Click to expand...

The US Constitution spells out HOW TO CHANGE the laws in it. It GIVES the people the RIGHt to change it but ONLY in one way.

If you want to change something in it, by all means, it's YOUR RIGHT to try. Knock yourself out by doing it BY THE Constitutions RULES.

Some people don't have a lick of cent's. Yeah, I know.

barney said:
Some people don't have a lick of cent's. Yeah, I know.
Click to expand...

Misspellers of the world untie!

RLWEBB said:
Misspellers of the world untie!
Click to expand...